in Food, Life, Party Planning
Ahh… a gender reveal. Millennials love them and you have to repeatedly explain what it is to everyone else. As soon as we found out we were pregnant, I knew I wanted to throw an awesome gender reveal, in lieu of having a baby shower. And I also knew I wanted to have something that was gender neutral… no stashes or lashes and heels and wheels here (*insert liberal agenda here* hehe). But everyone loves tacos, it’s a fact. We celebrated our little bean the weekend of Thanksgiving surrounded by our friends and family (who also were able to spend Thanksgiving with us) and it came out perfectly and was a breeze to put together! 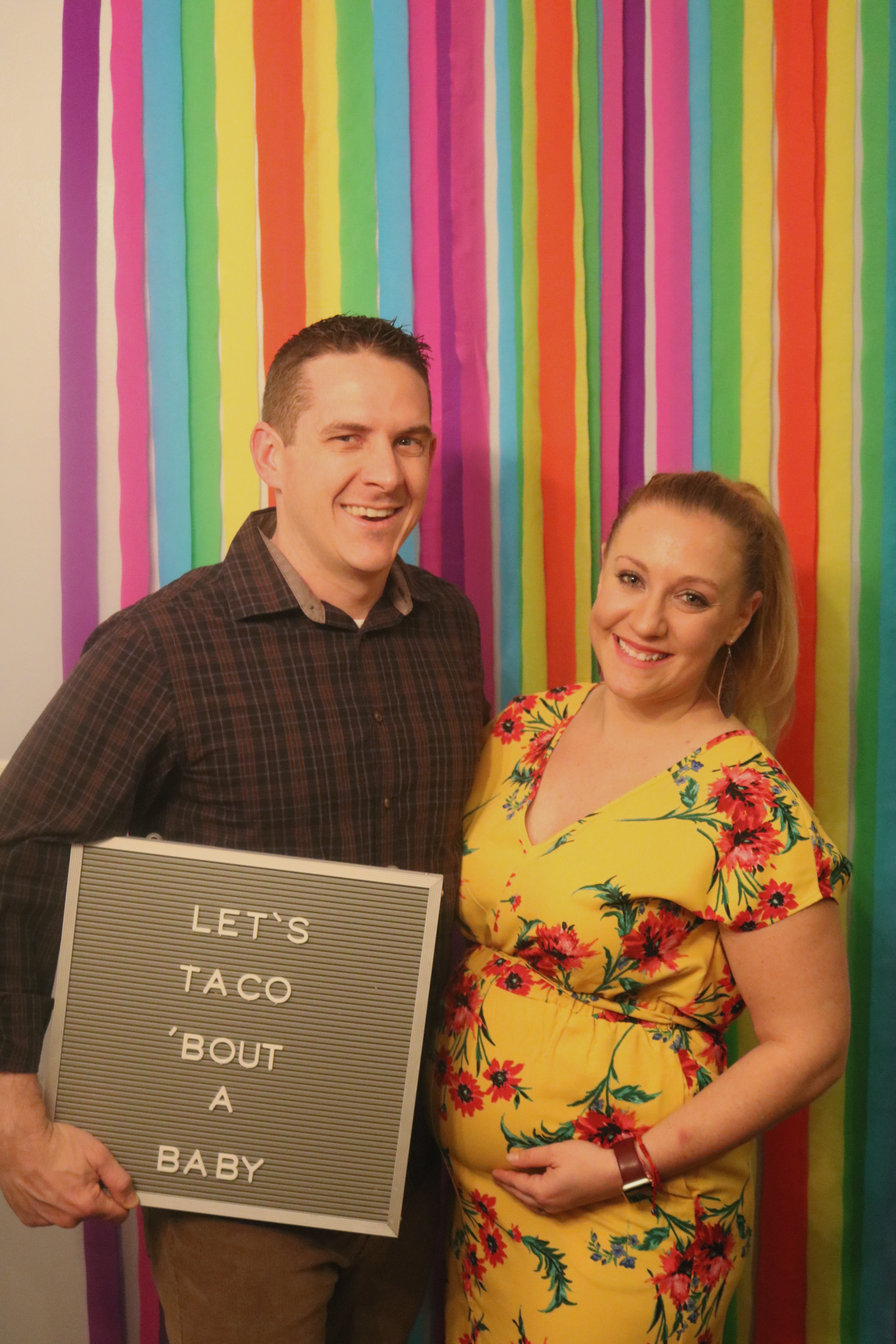 I’d love to launch right in to the party, since our taco bar was delicious, but no one would eat until the reveal, so I’ll give everyone here the same pleasure. Everyone was so interested in how we’d do the reveal. No, we didn’t know ahead of time (it pained me to be surprised). And we decided on glitter cannons because frankly, it sounded awesome! And it was… IT’S A GIRL!!

I did two things I didn’t expect to do. The first was cry when it hit me, but I can blame that on pregnancy hormones. The second was when my friend who knew handed us the ultrasound, I decided it was the appropriate time to shout, IT’S HER FIRST CROTCH SHOT! Nate was quick to say that it would be her last. I cannot blame that on pregnancy hormones, but my amazing sense of humor mixed with often bad timing. Now to the food… Let me start by saying, taco bars incredibly easy to put together and so budget-friendly! And it’s very customizable. 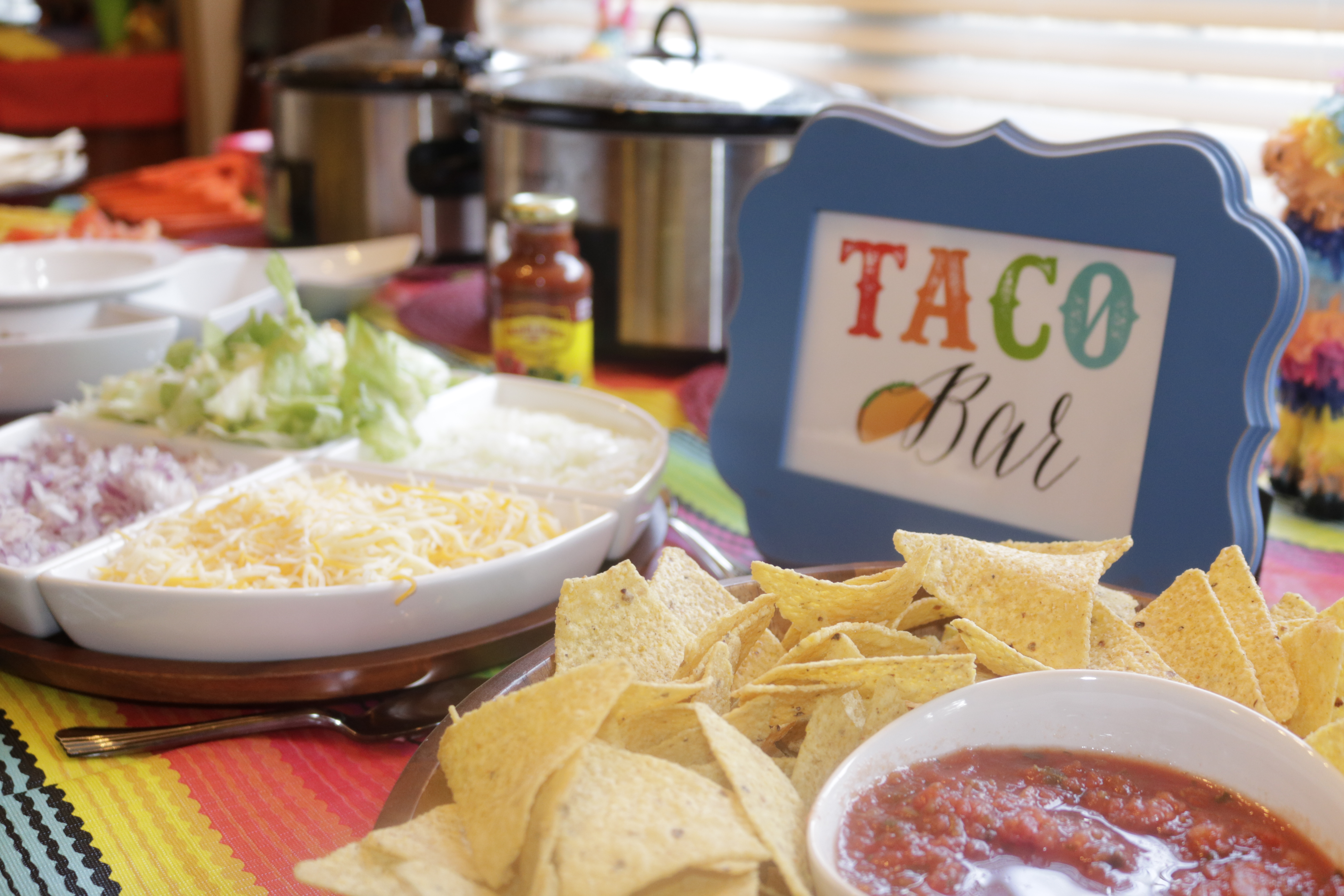 On the bar was hard and soft taco shells, cheese, sour cream, onions, lettuce, tomatoes, pico de gallo, queso, guacomole, and refried beans. Of course we had chips and salsa, and decided to do a queso last minute. We had two types of meat, both cooked in the crockpot making cook time and clean up a breeze. The first was just as easy as can be: Shredded Chicken with Sazon Seasoning. Cook chicken breast in the crockpot with broth until it shreds (about 6 hours). Drain liquid and mix with sazon. The second recipe was a SkinnyTaste beef taco recipe that we use all the time. 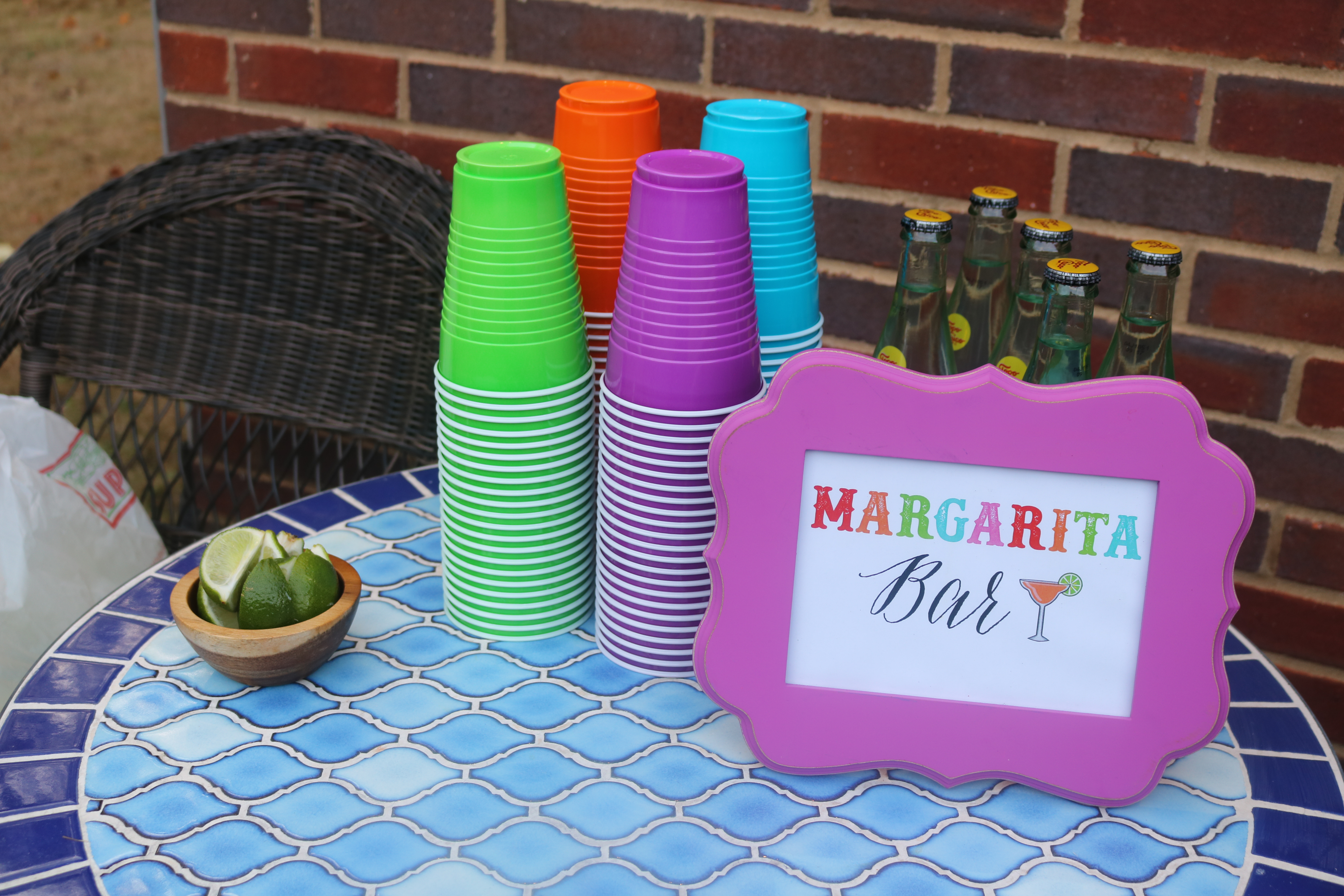 And I couldn’t forget about the margarita bar for those lucky ones that are still able to indulge. We made a simple margarita mix with tequila, pineapple juice and frozen lime concentrate. Dos Equis and Topo Chico (for all those non-drinkers, aka me) were also on the bar. Of course we offered sweets too! All sorts of baked goods and fruit from our local Latin American market (feels just like being home in Miami) and a Tres Leche cake that of course melted everywhere, but was still delicious! I fixed it as best as I could… 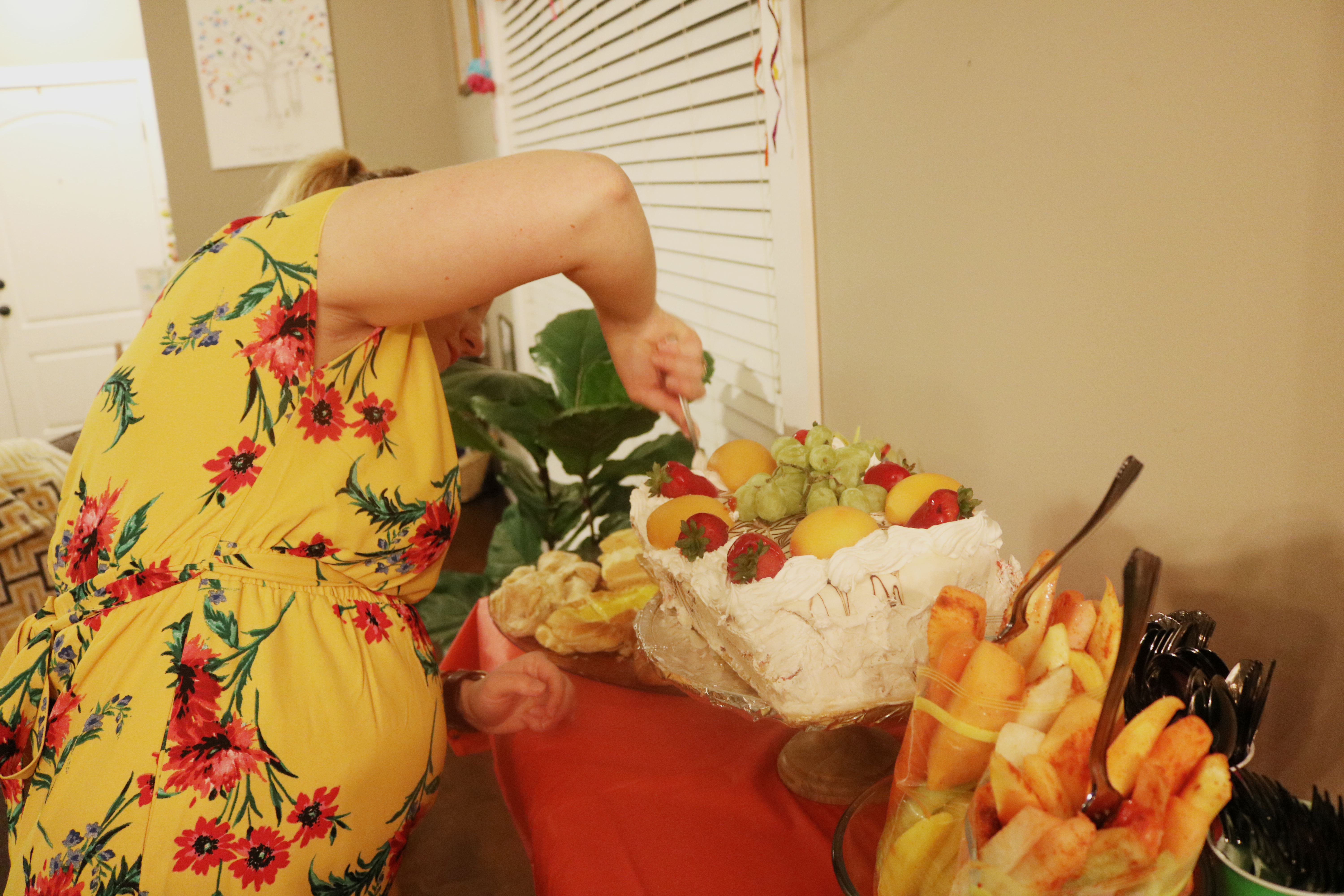 The party was a complete success. The little “photo booth” with streamers and some props was great and everyone had some fun with “Team Boy” and “Team Girl” stickers. Invites and stickers were ordered through the sweetest little shop on Etsy. They actually custom made the stickers for us without pause! 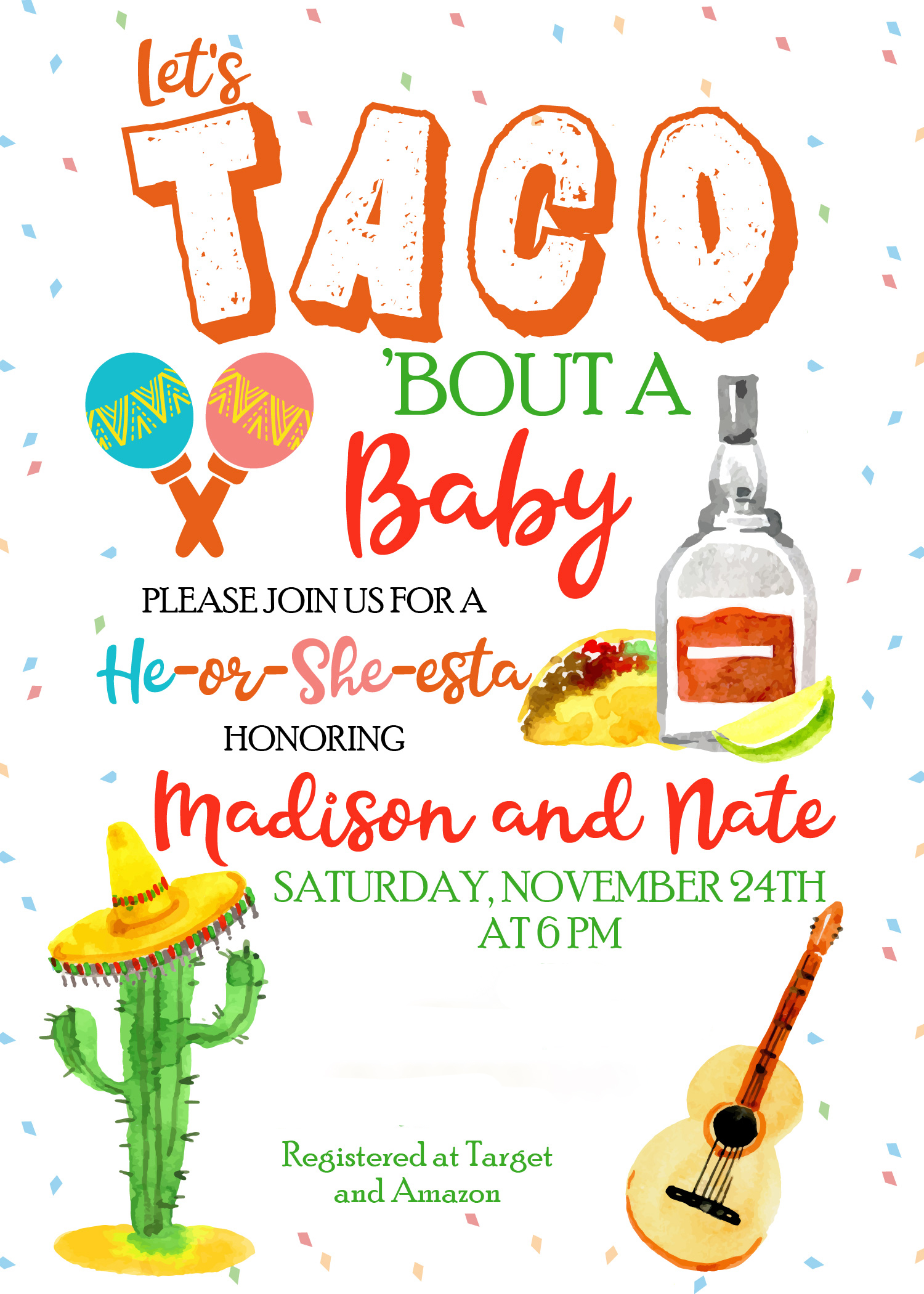 Nate and I felt so much love and support that night and are so very grateful for the community we’ve built around us. We can’t wait to bring her into all that love in just 13 weeks!
babiesbabyboygendergender revealgirlpartyparty planningrevealtacotaco about a babytaco bout a babytacostheme party
1 Comment