in Food
Gather round friends and hear the story of a Hanukkah miracle.
After Thanksgiving binging, it was time to eat healthy again, but how could I pass up my traditional potato latkes?! Well, after gentle begging, we acquired a new and magnificent kitchen tool… the air fryer.
We did our homework and read reviews, we decided to hit up our local Costco and bring home the Gourmia. And I’ve been putting this bad boy to the test, making french fries (duh), veggies, chicken wings, bacon and more. Each one has turned out fabulous, so I had to try latkes out. 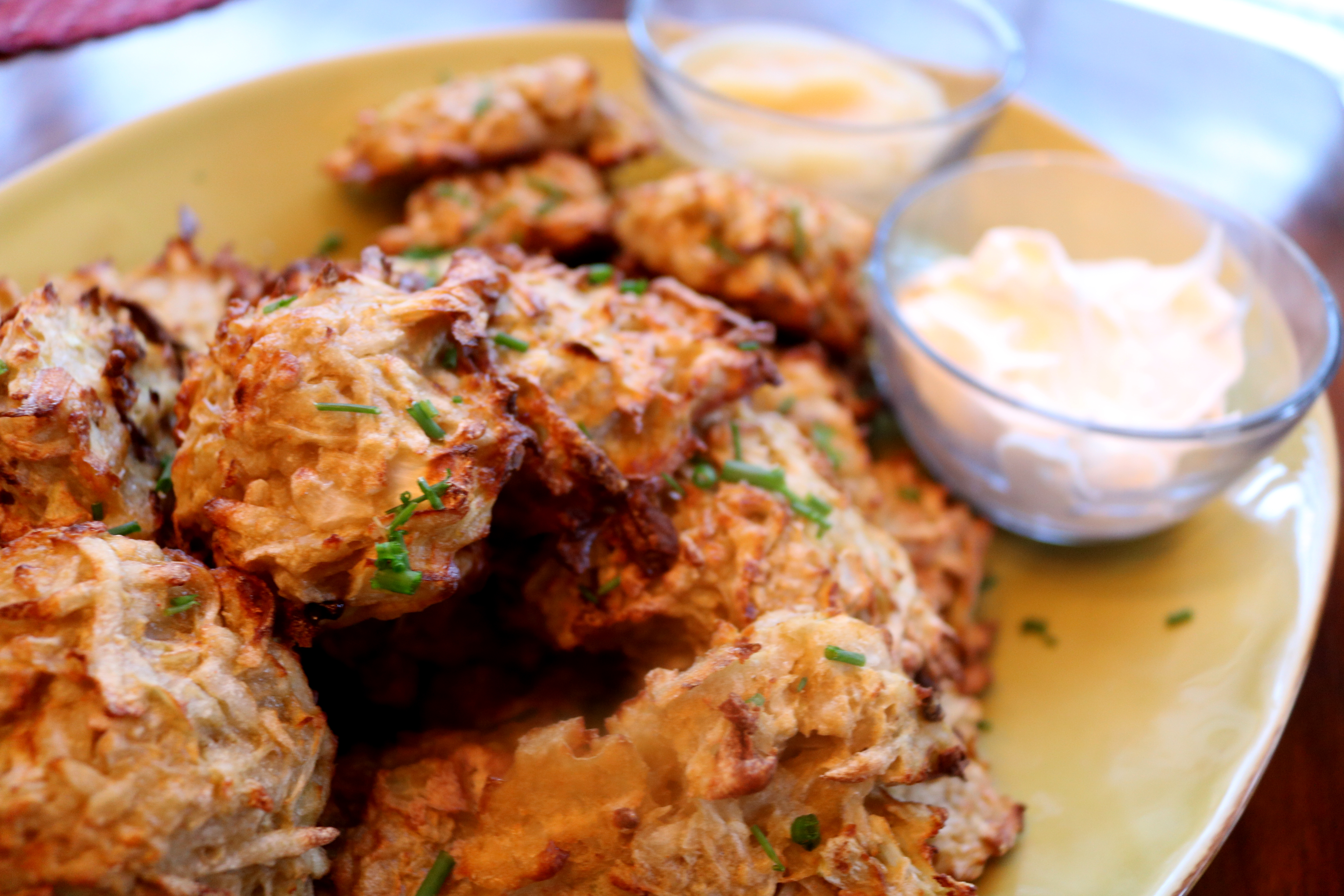 Now I hear you… How can you celebrate the miracle of oil lasting eight days and nights when you’re not frying it in real oil?! 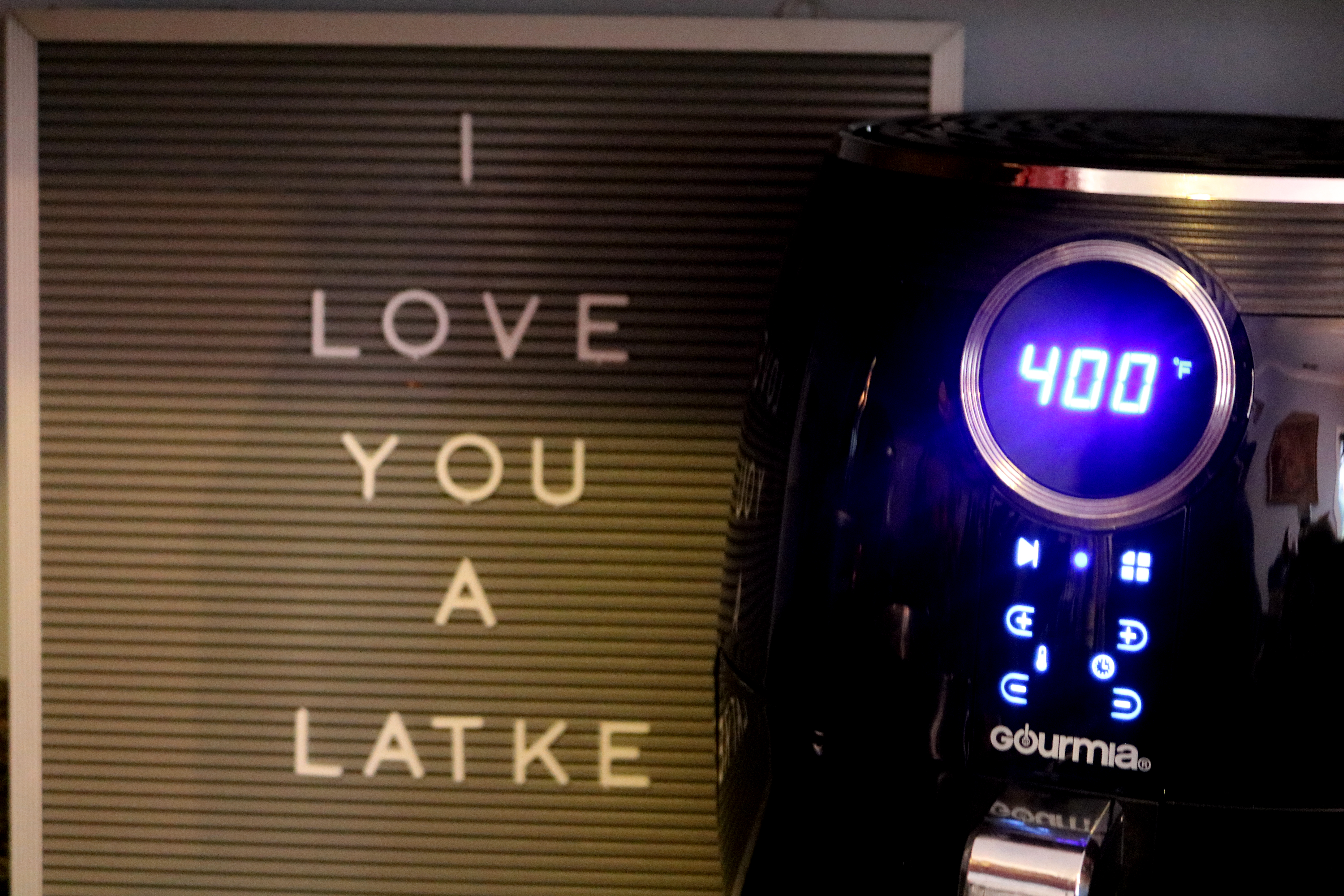 I did add a touch of cooking spray so it wouldn’t stick and get extra crispy on top, but also, I don’t think the Maccabees would have minded if we paid a little attention to our health. 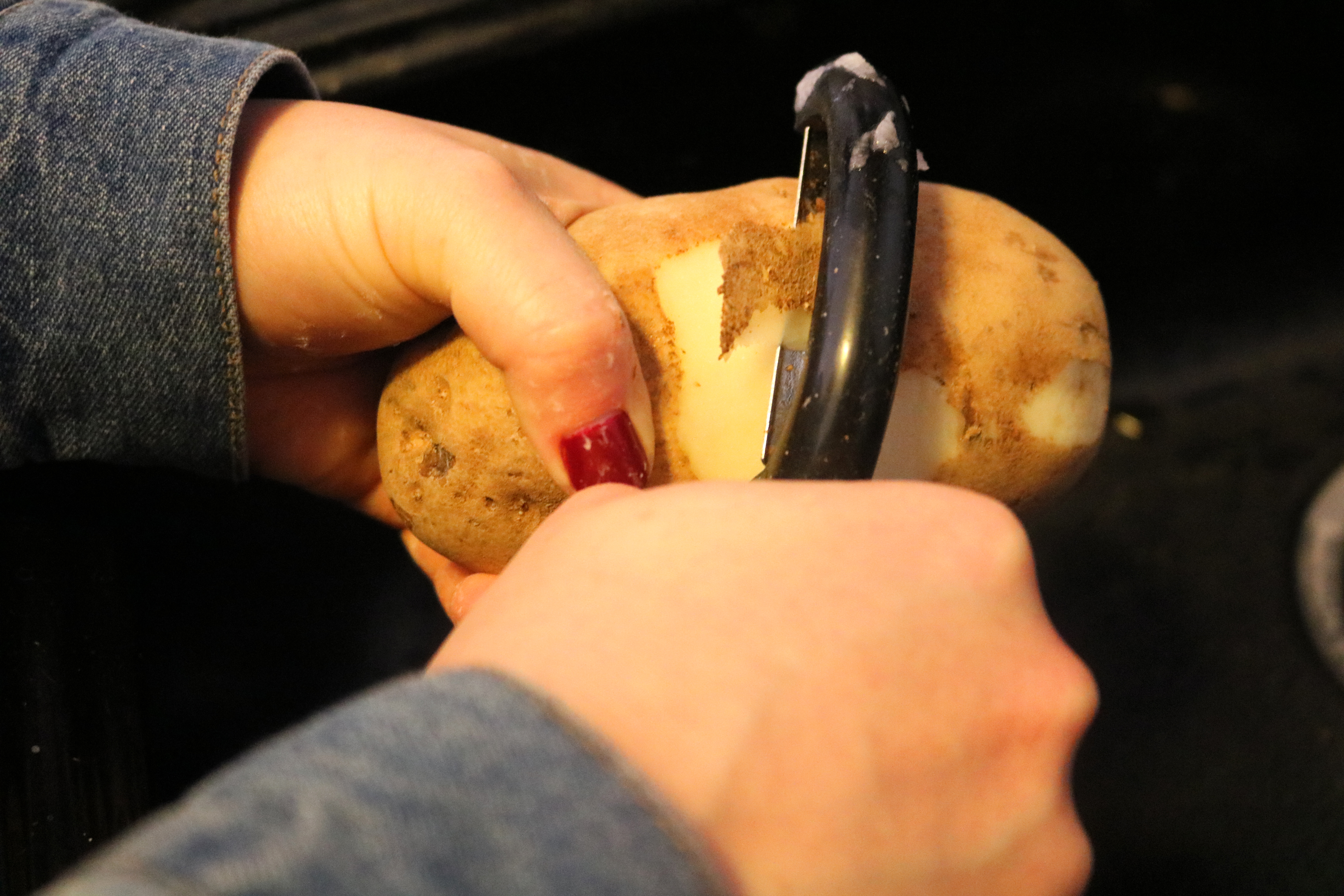 I’ve been using the same basic latke recipe for years now, adjusting here and there… Adding a special ingredient every once and a while, or switching it up for some sweet potato latkes. I even take out my old relic of an appliance, the electric grater, just once a year for this occasion (a food processor or hand grater will work just fine too!).
The only thing I changed for the air fryer was giving the potatoes and onions and extra hard squeezing to eliminate as much liquid as possible, and adding in a bit more flour for hold. 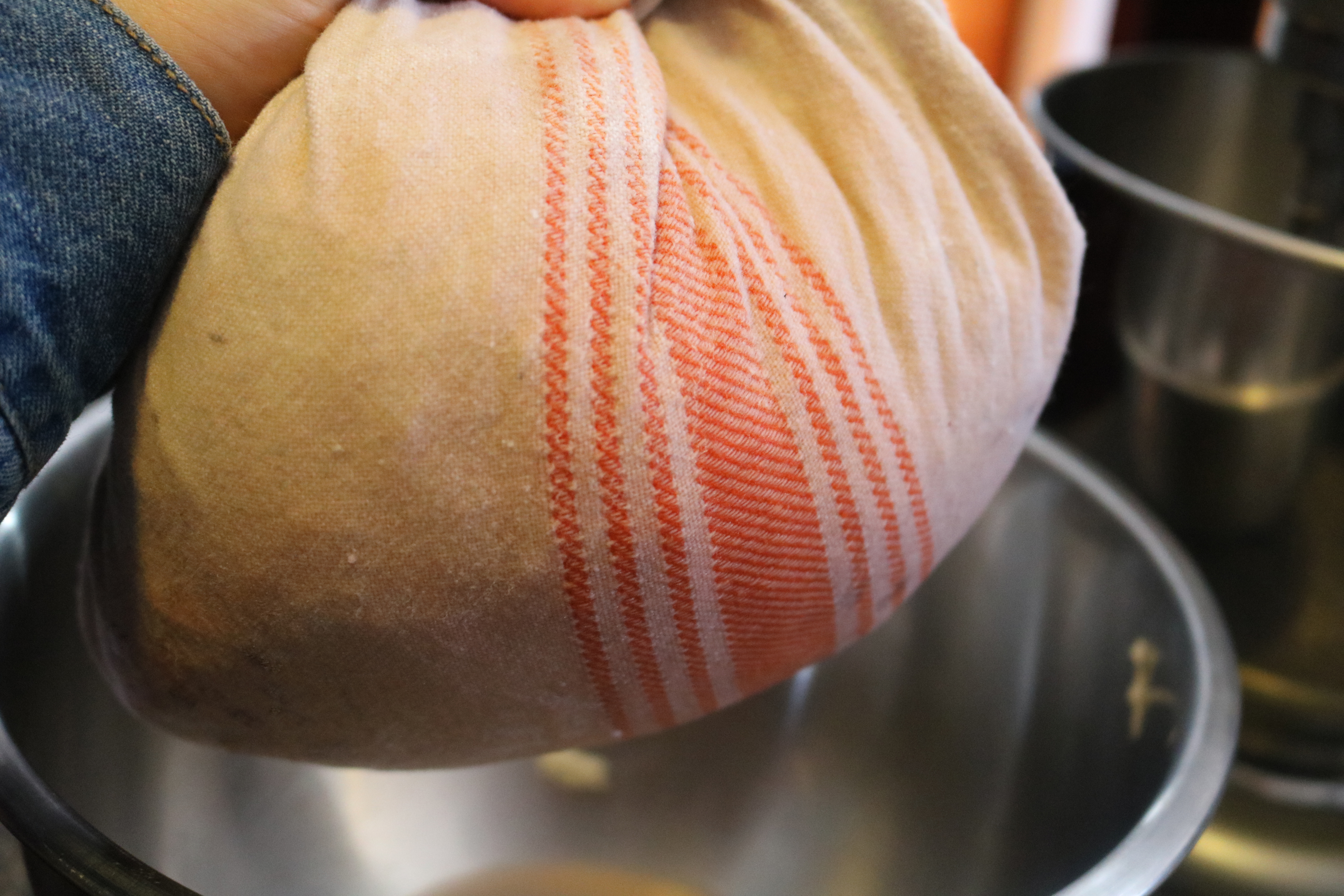 I thought I would have had a little more trial and error being so new to using it the air fryer, but I actually knocked it out of the park the first test! I made enough to include them in meal prep for the week (with some tasty Baked Za’atar Chicken Thighs and Vinegar Slaw) and we’re still not bored of them! Plus, it’s like celebrating all week long. I mean, seriously, find someone that looks at you the way I’m staring at these latkes… 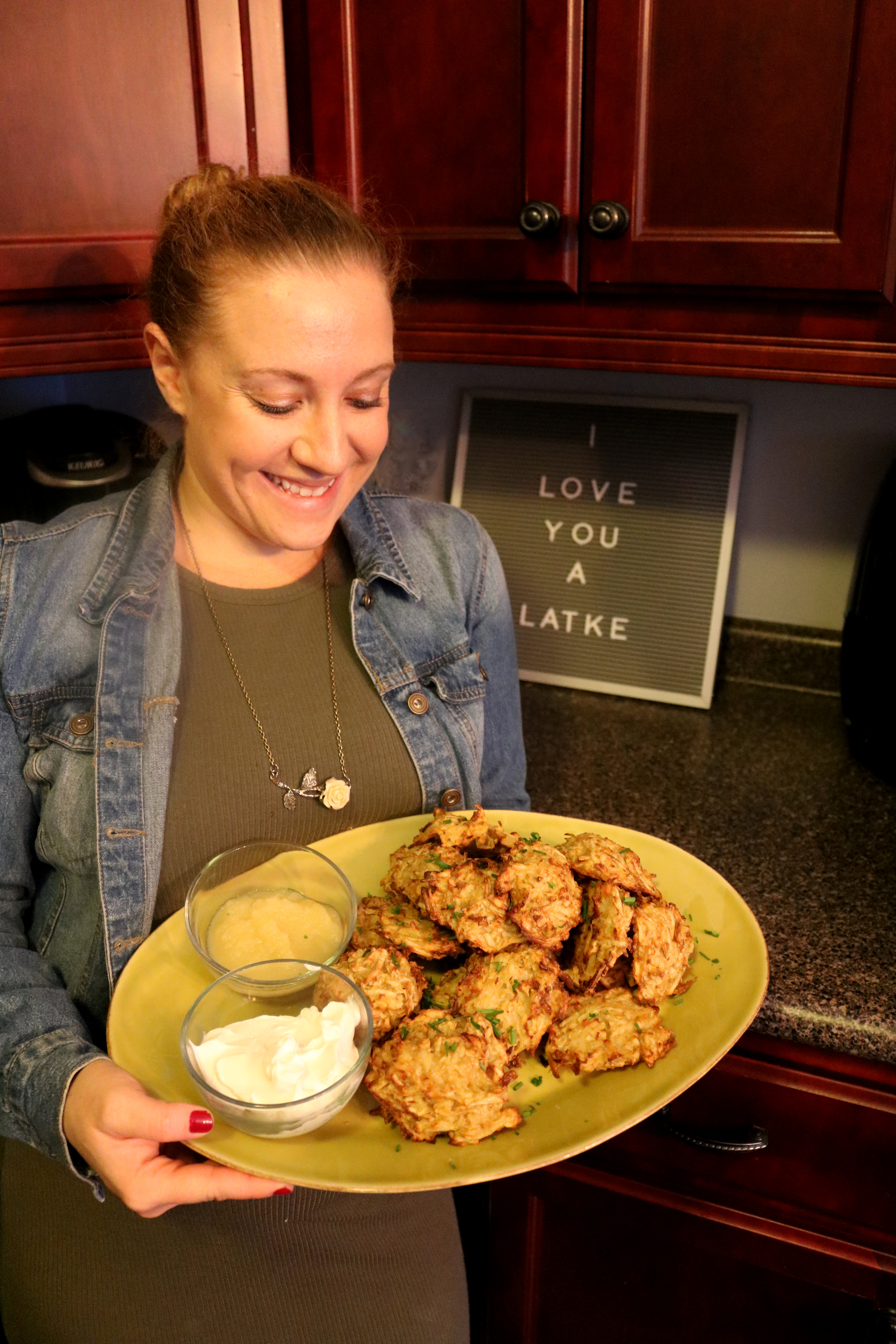 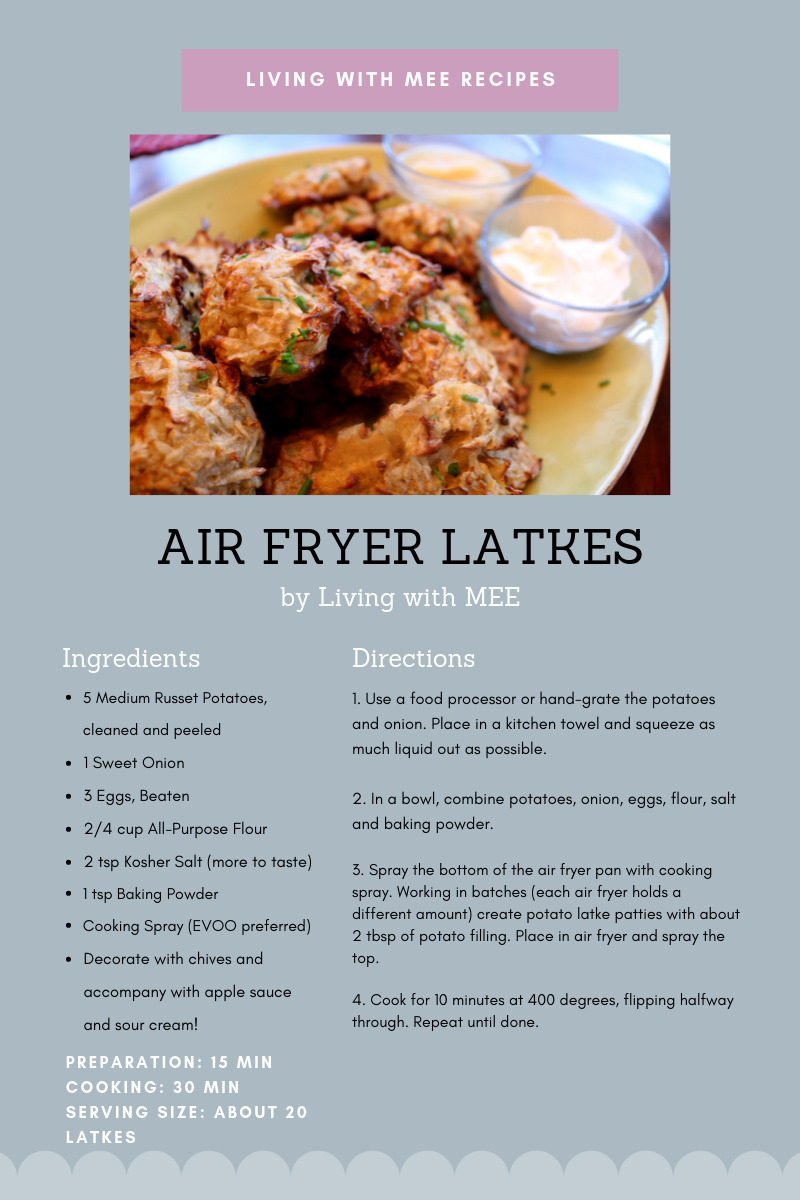 in Breakfast, Cooking Together, Food
Overnight French Toast Bread Pudding
in Life
A Goat for the Holidays
in Food
Breakfast Heart Pockets

The sunflowers @dixpark are in full bloom and you

Why I’m Celebrating Independence Day 🧨 This

Giving up and moving on is what they want. Make it