in Life
Nate and I are so excited to FINALLY announce that we’re pregnant! Or as we said during our little photo shoot, Something’s Cooking, Ready in March 2019. This was one of the hardest secrets I’ve ever had to keep, but it was important to me to get to that 14 week mark and officially be in the 2nd trimester. So before we get too far into the sugar-coated happiness (which we are totally smitten with just hearing a heartbeat), let me jump into the journey to get to 14 weeks!
THE FIRST STEP IS FINDING OUT! We had been trying on again, off again for two years. I actually had an appointment that week to start looking into some assistance. I’m thankful that I didn’t have to go down that path, but so in awe of the parents that fight an uphill, often silent battle. I didn’t think I was pregnant. I didn’t have symptoms and I wasn’t regular, so when I nonchalantly took a test after a friend at the pool suggested, I wasn’t expecting a result that was… ummm sort of there? It was one of those plus or minus ink ones that didn’t quite show up, but was also kind of there. I quickly ran to get one that said pregnant or not pregnant, because that’s the kind of thing you don’t want to have to squint and hold into the light and guess at. 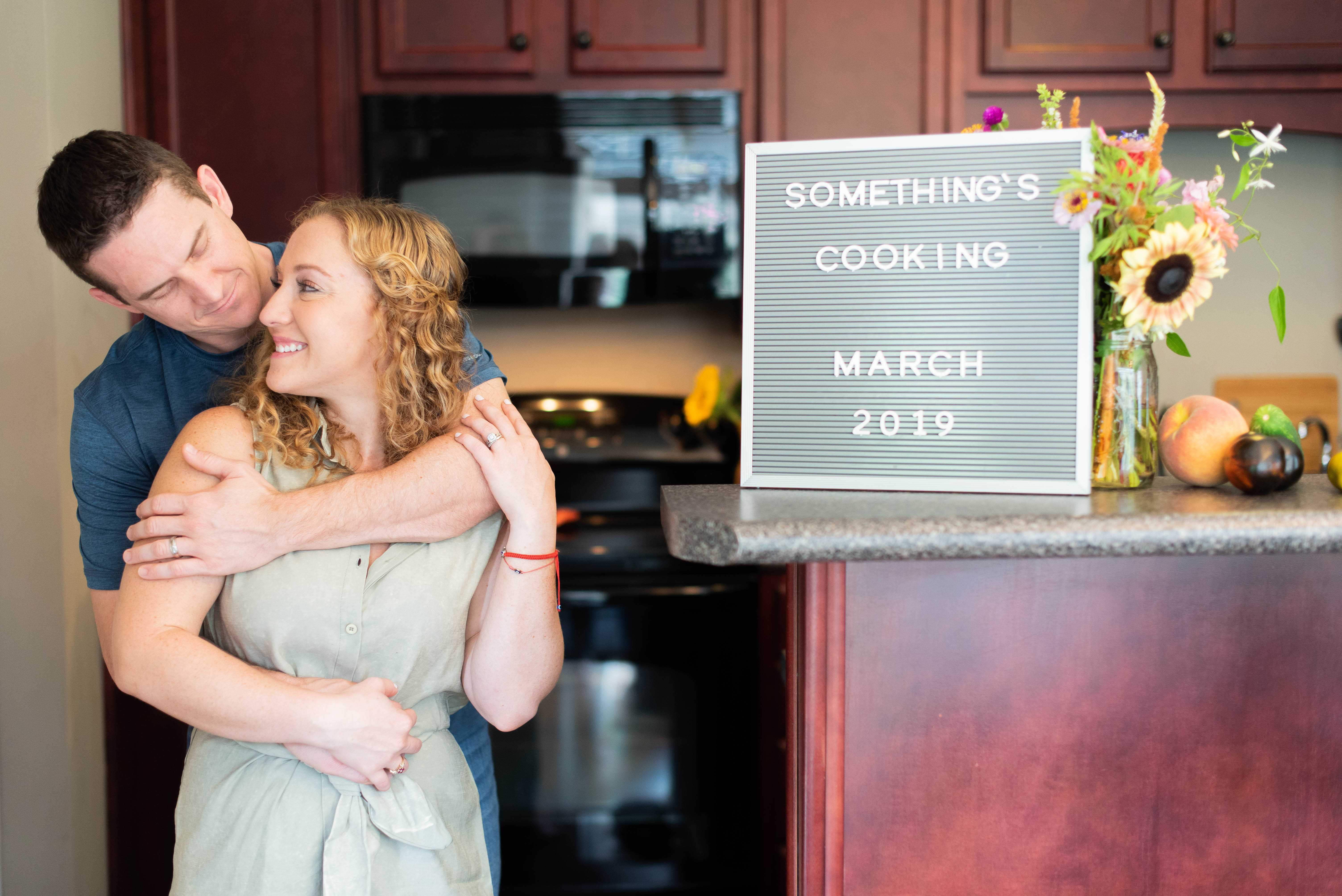 Well, low and behold, there it was! PREGNANT. Now, I had this whole plan in my head for how I was going to tell Nate. I was going to get an FSU onesie and a treat. It was going to be great and Nate was going to get emotional. But damn it I’m so bad at keeping secrets and I busted out with the information as soon as he walked into the door. It wasn’t like a movie. There wasn’t crying or screaming. We were excited, but we were overwhelmed and terrified. My thoughts immediately went to finances and I started to run my mouth (as I do when I’m nervous) and put a damper on any sort of joy. It was a moment we had wanted, waited for, but now that it was here, well what in the world were we doing?! We went to the OB a couple of weeks later and there was our little peanut at just 6 weeks old. And when I say peanut, I literally mean that. It could have been a big taco lunch. Or some other innards. It definitely did not look like a baby! 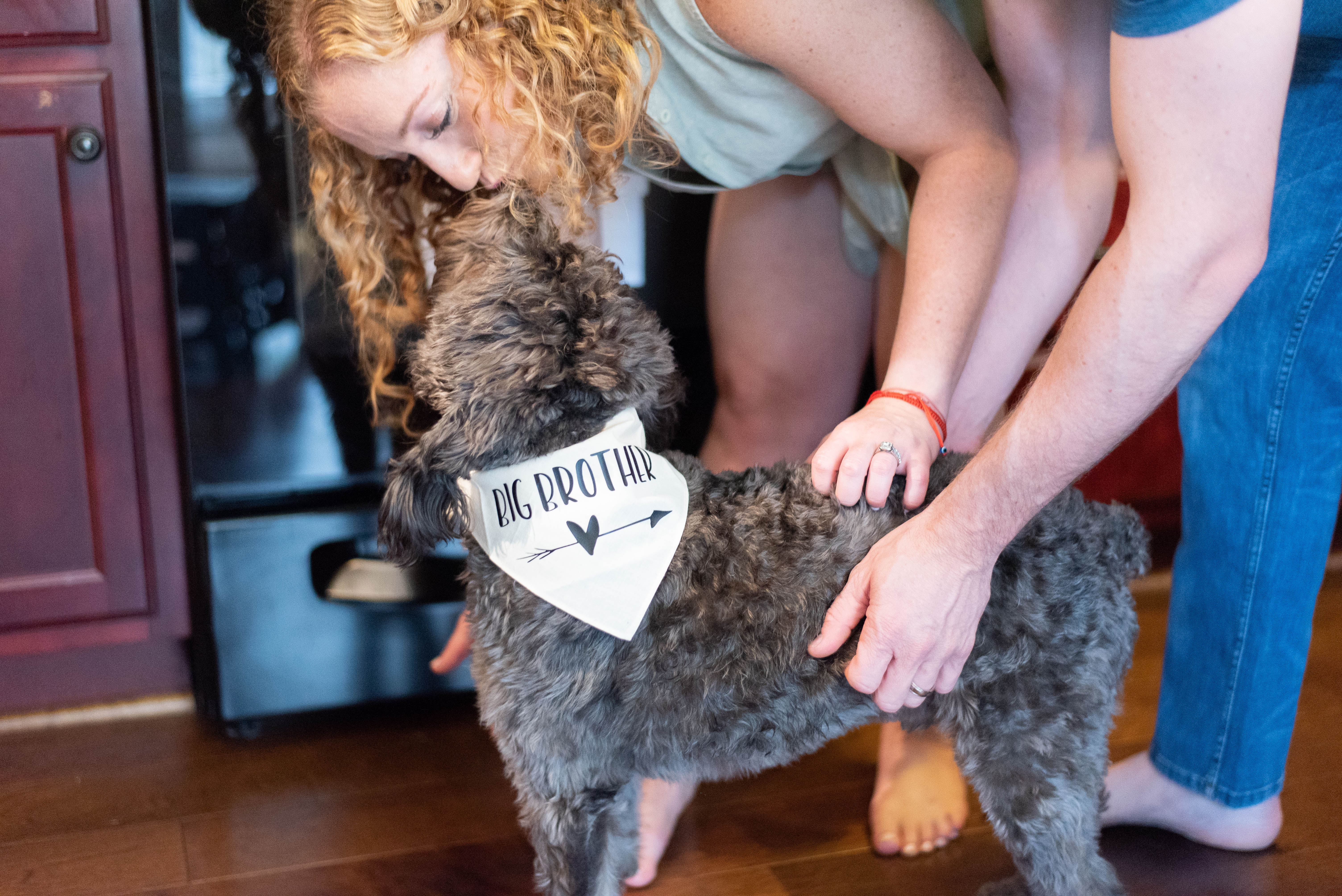 Thankfully I had an ultrasound again at 12 weeks, along with some blood tests and that ultrasound looked like everything we expected. A tiny little human, with a head and hands and feet. They said it was bouncing and very energetic! My first words seeing baby was, OH, THAT’S WEIRD. Because that’s the awkward human being that I am and that I officially will never live down now. THE FIRST TRIMESTER GLOOM Ahh the first trimester. The first month when you don’t realize you’re knocked up is ignorant bliss. The weekend leading up to finding out, I felt great! I drank beer, had sushi, raw oysters… it was consciously I just knew that I wouldn’t be able to eat that food in just a few days. 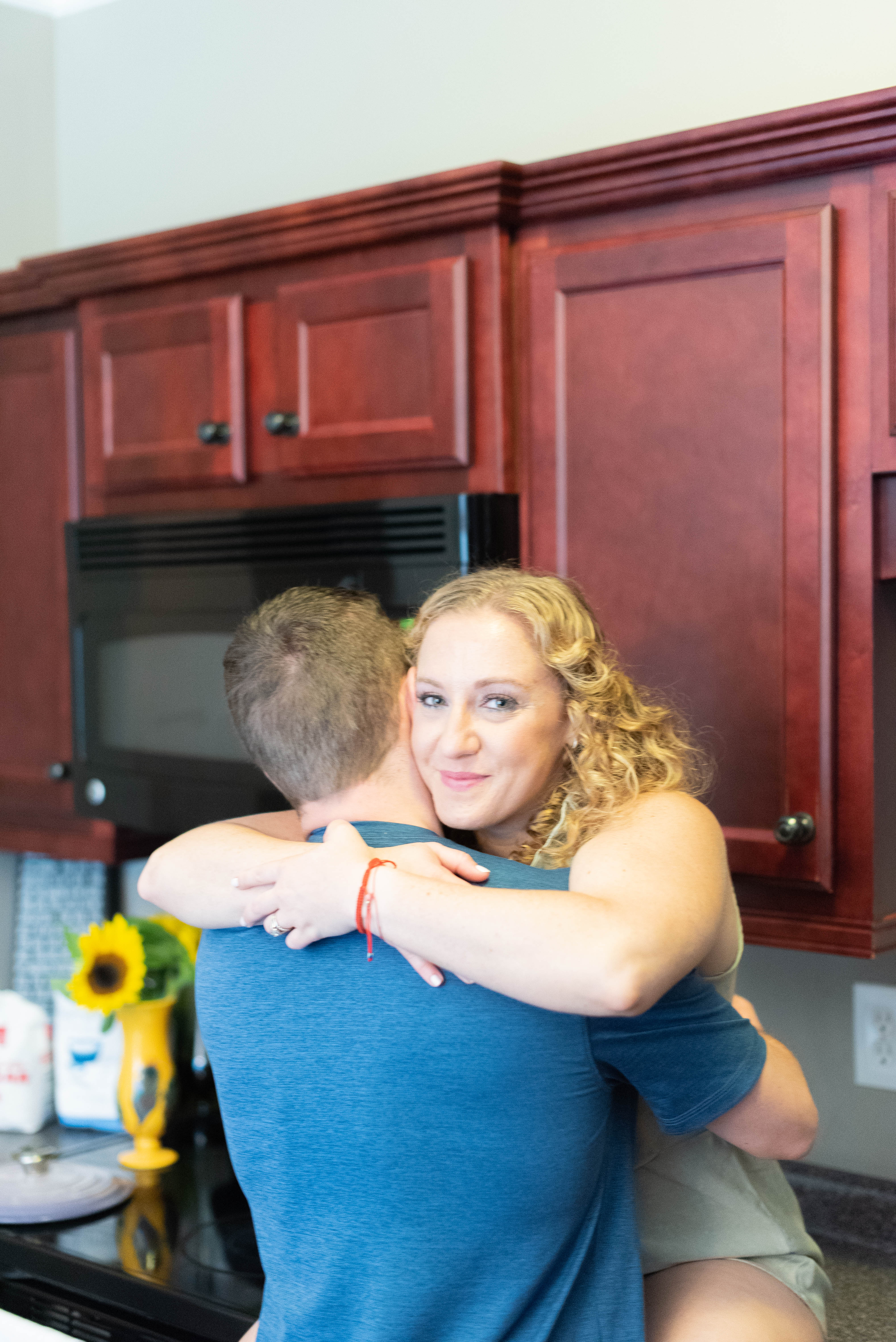 As soon as I found out, I swear I started immediately feeling the signs. My chest almost doubled in size over night and hurt (especially running and double unders!). Everyday around 3:00 PM I would feel incredibly nauseous, not wanting to eat anything for dinner (except soup), followed by crawling into a hole and hibernating. Asparagus, grilled chicken and salmon (the only thing that has made me throw up yet) was my worst enemy. Cookies and watermelon are my best friends (seriously, cookie companies, send me your samples. I want them all!!) My face is a hot mess of oily acne and I’m exhausted, but am up almost every night from 2 AM until ????. ​ 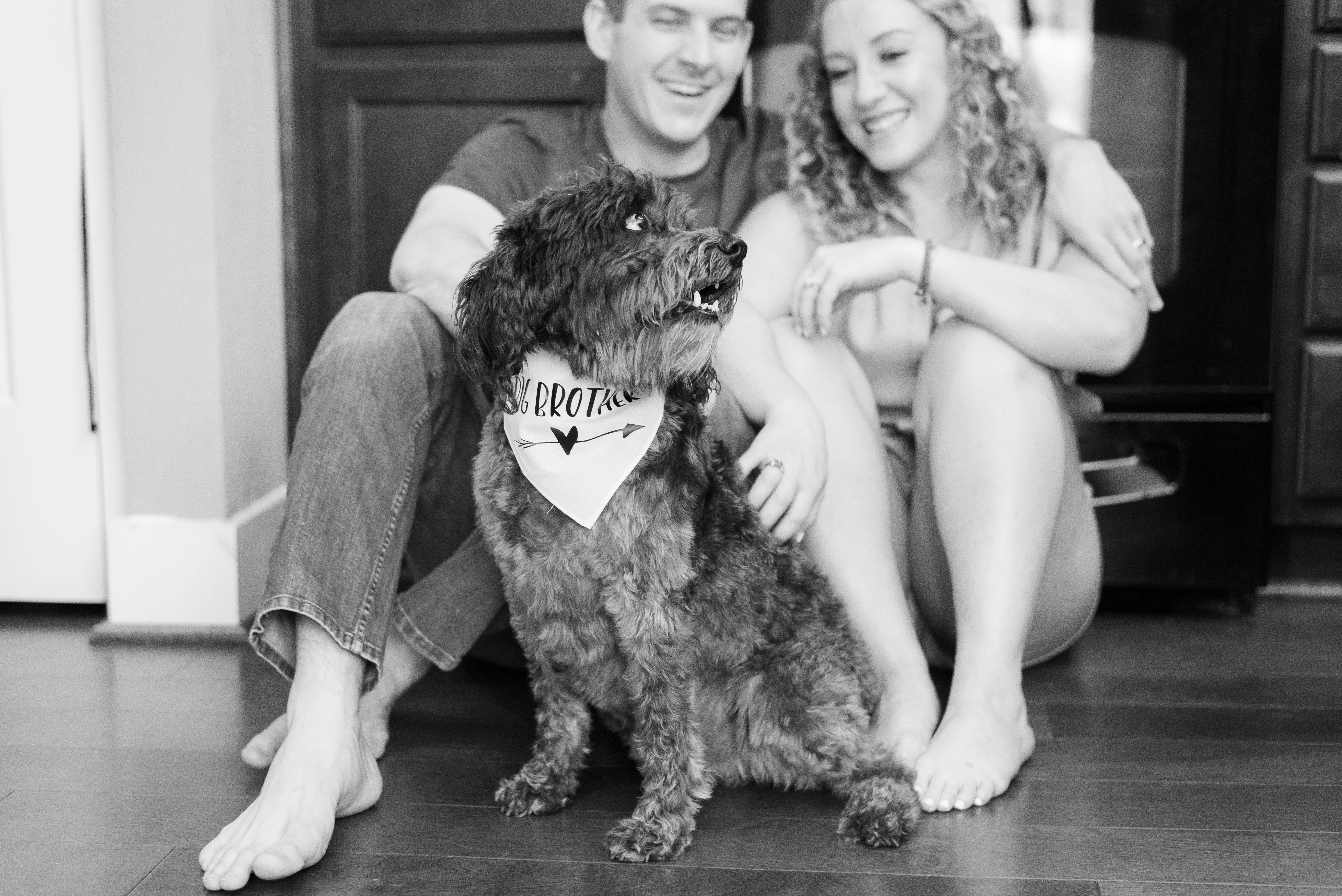 I had really hoped I was going to be a magical pregnant unicorn that didn’t feel gross, barely gained weight and loved being pregnant. *INSERT THAT BIG FAT BUZZER SOUND EFFECT* I was and am not. I don’t like feeling terrible 80% of the day and seeing my body change doesn’t feel like a wonder of life. It feels like all the hard work I put in over the past year has vanished. I was finally feeling confident and proud… I had abs! I hear you, I should always be proud of my body and love it. But sometimes you just can’t help how you feel. I love the message of body positivity and it’s something I try to practice and preach, it isn’t always easy. You have to remind yourself and sometimes you do have to work to get where you want to be, and there is nothing wrong with that!! And though we so very much wanted to be pregnant and want a child, I couldn’t help feel like a squishy blob. Now that I am showing a bit and everyone knows, I do feel a little bit more comfortable in my skin, but it’s a work in progress to love this process. In the end, it will all be worth it, but in the meantime… WHEN DO I START GLOWING? WE TOLD SOME PEOPLE, THEN WE TOLD EVERYONE Bruno was obviously the first person we told. He was so excited to take up his guard dog duty for a little brother or sister. We decided to tell our parents when we hit 8 weeks. Since we weren’t telling anybody else, I needed someone to talk to!! Everyone was extremely excited. We got small gifts and ginger candies from my family later that week. We swore them to secrecy until I hit the 14 week mark, all blood tests came back clear, and I was in the 2nd trimester. 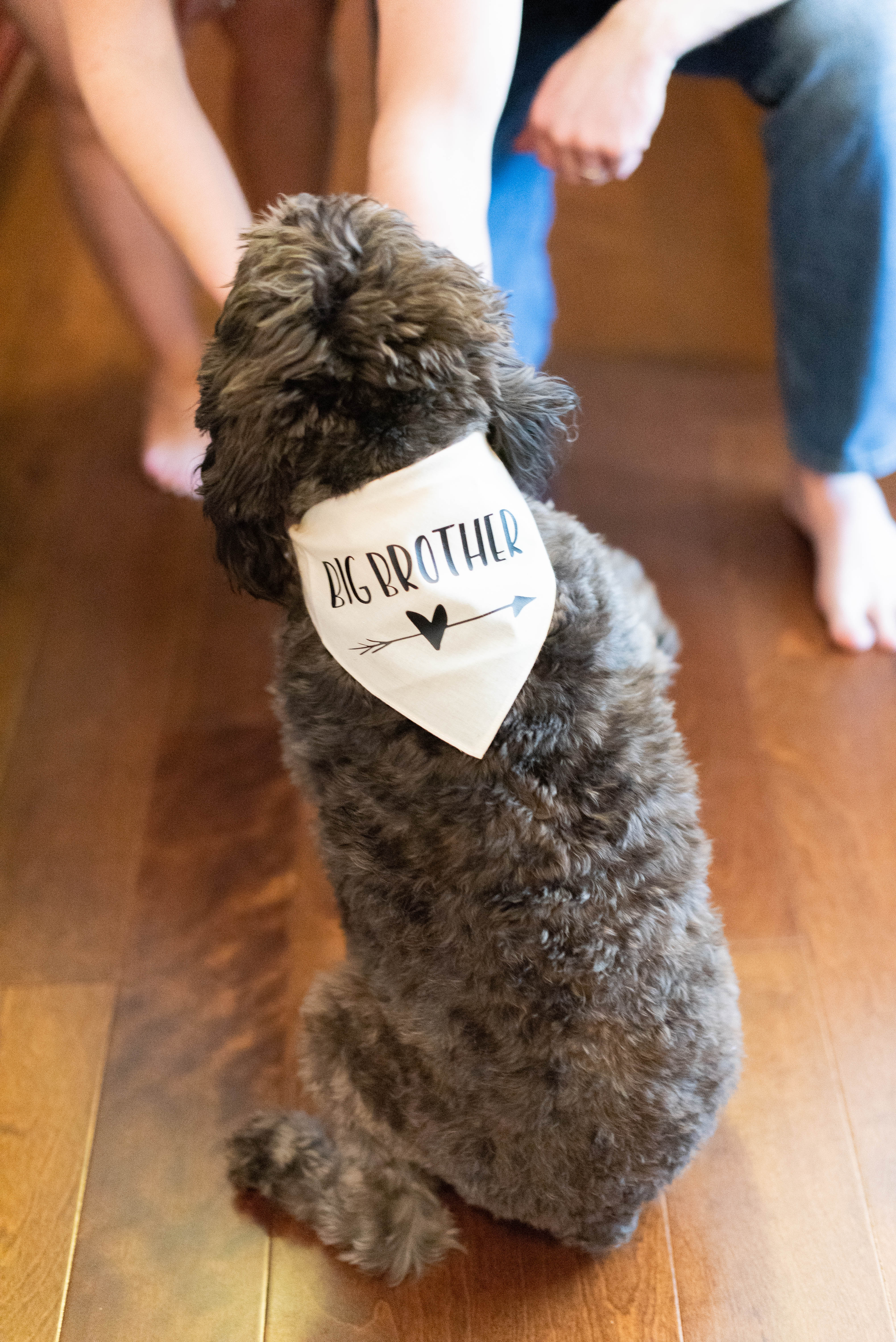 I knew early on I wanted to do a photo session for an announcement. Nate and I hadn’t taken any professional photos together since our wedding and since we don’t send out holiday cards, it seemed like the perfect time to do it. But what theme should we take? It had to be original. I was determined to not recycle all the things I had seen on Pinterest. We had toyed with Nate doing some sort of forecast (he’s a meteorologist) or us doing something CrossFit-y, but in the end, decided we wanted something food related in our first house. 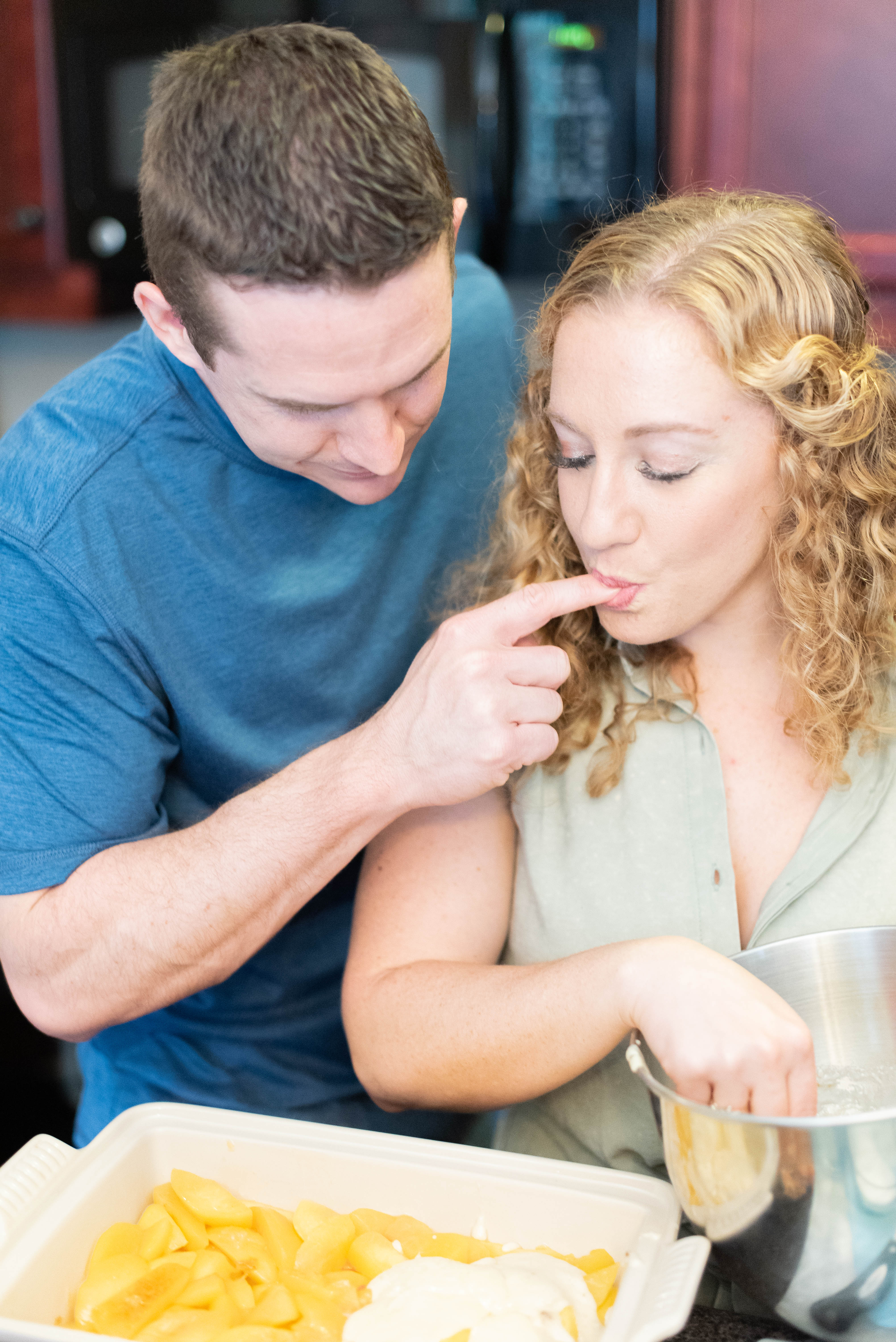 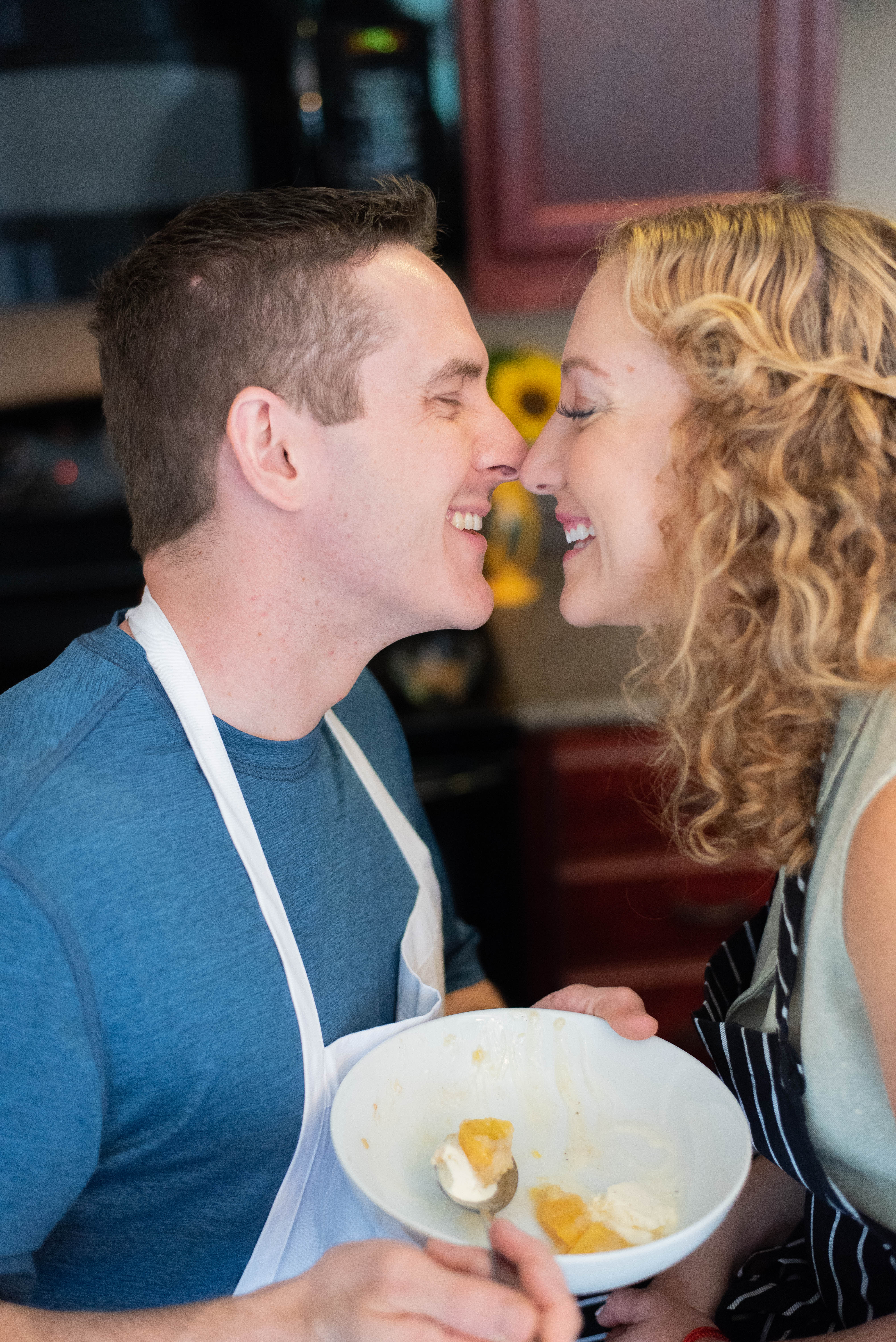 We started to tell our closest friends and family between weeks 13-14, because we wanted them to hear it from us. Everyone was over the moon. There was questions and jokes and general joy. Telling people is when I really started getting excited and started to feel less self-conscious. The outpouring of love has been so heartwarming. Some people’s reactions have completely shocked us, talking about being aunties and uncles, loving on Baby, spoiling them. Thank you to everyone that has reached out and shared in our happiness and that will walk with us on this new journey. WHAT’S NEXT? Well now we wait! We’ve decided to wait to find out the gender until both of our families are up here for Thanksgiving. I think it’s a girl (I’ve had so many girl symptoms and had a dream that someone told me it was… SCIENCE) and Nate thinks it’s a boy. 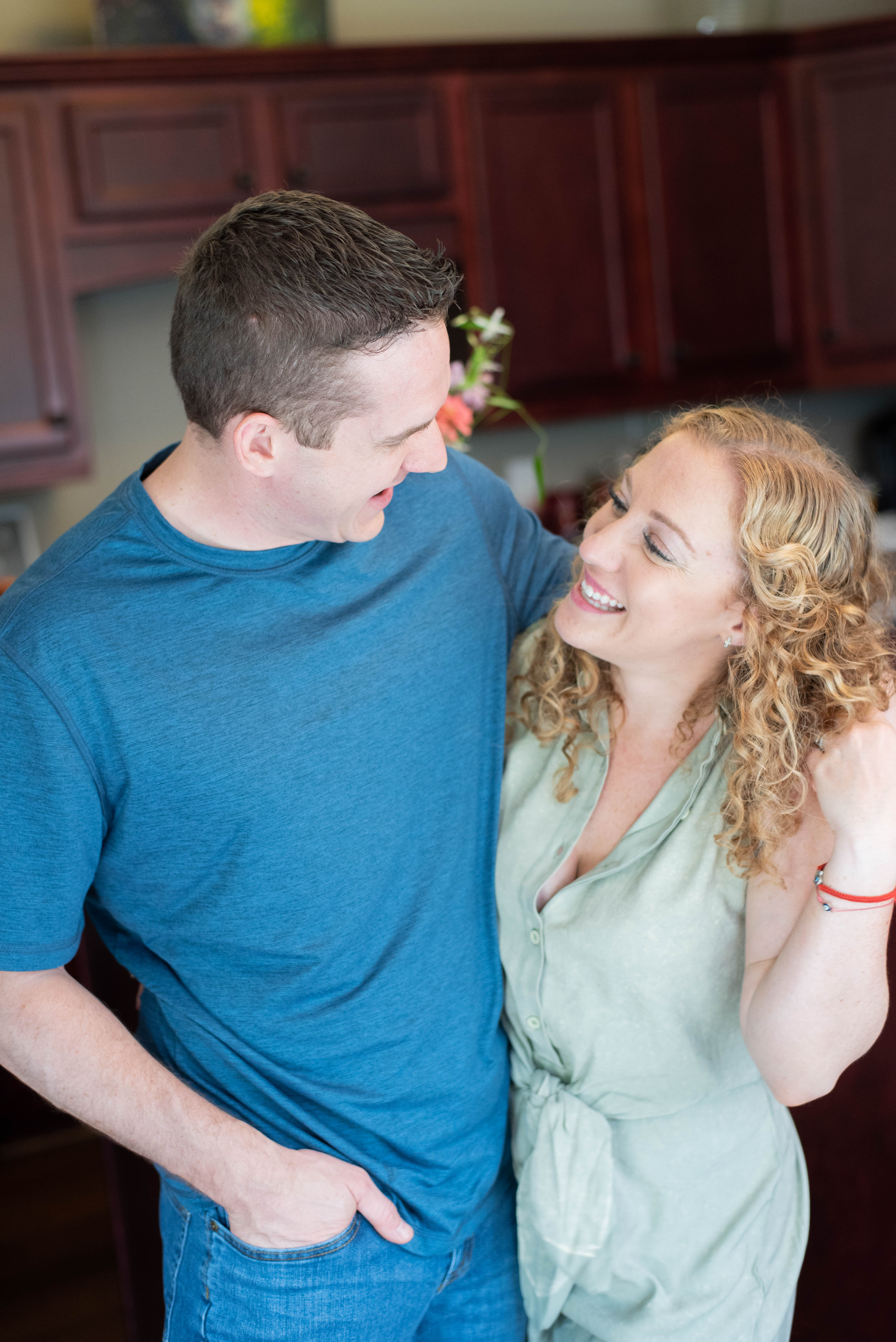 We’re hoping to do a babymoon in December and decorate the nursery of course. I plan on keeping up with CrossFit, but modifying where I need to. As the blog title promises, this is Living with MEE, so I fully plan on taking you on having you live with me. Through fitness and wellness, food and body positivity, family and travel. I do hope you’ll join me… it’s going to be a wild ride! And once again, thank you to everyone for their kind words and support. We have felt so much love and I know Baby will be better for it to be surrounded by such an amazing community. 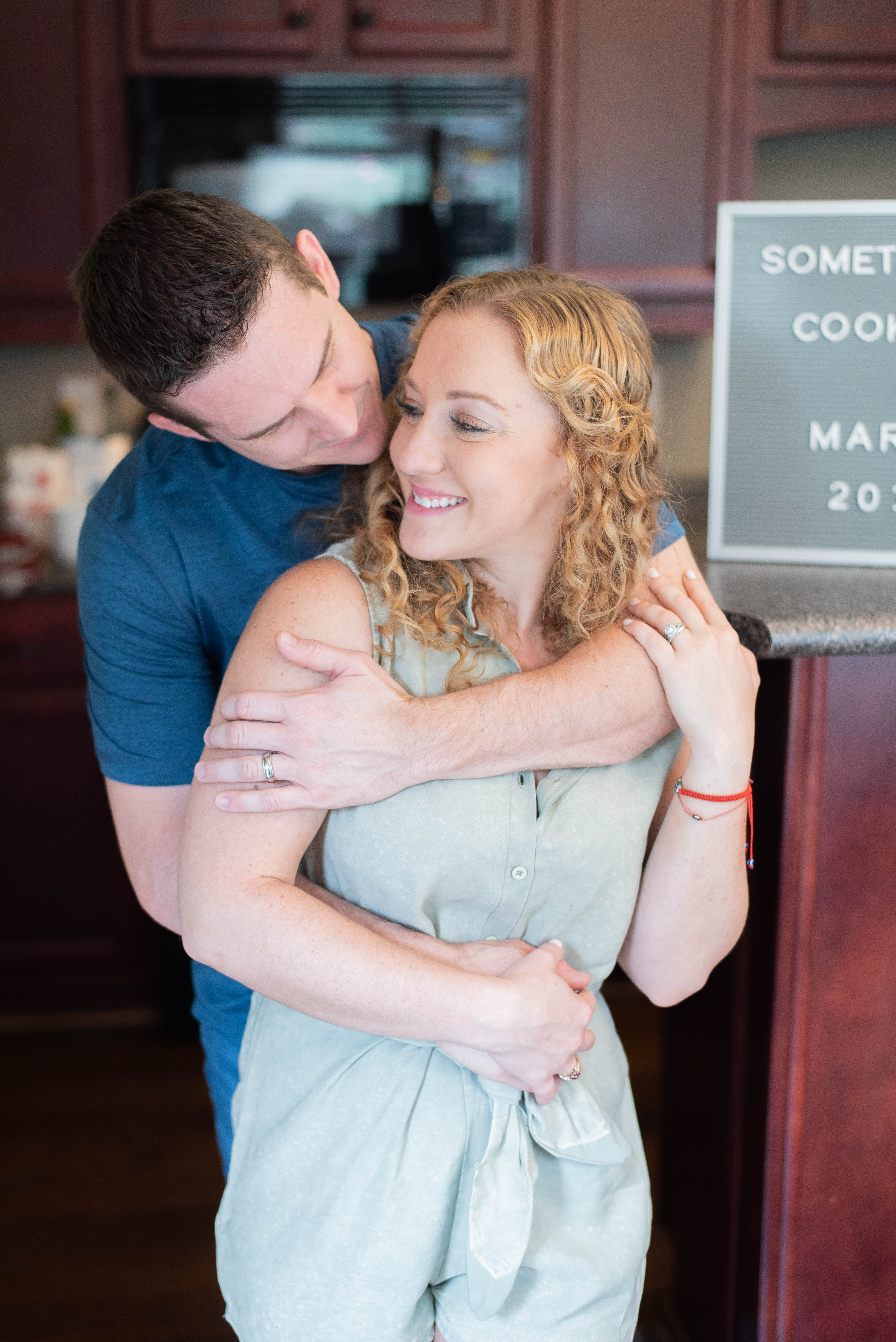 Happy ✨ Seven Year✨ Anniversary to us. How i

A little sad Evelyn was in school for the first sn

The holiday season is here. Everything from street

The darkess of the whole world cannot swallow the