in Food
A perfect salad to get a healthy 1-2 punch in before the holiday season begins!
I never thought my first recipe would be a salad. I’ve only recently come around to eating salads on purpose, because they’re so easy to throw together after a long day at work and you can easily manipulate them to fit your macros! Plus, since Thanksgiving is coming up, we’ll be eating plenty of carbs and poultry, so a light, but filling green salad with steak just seemed right! 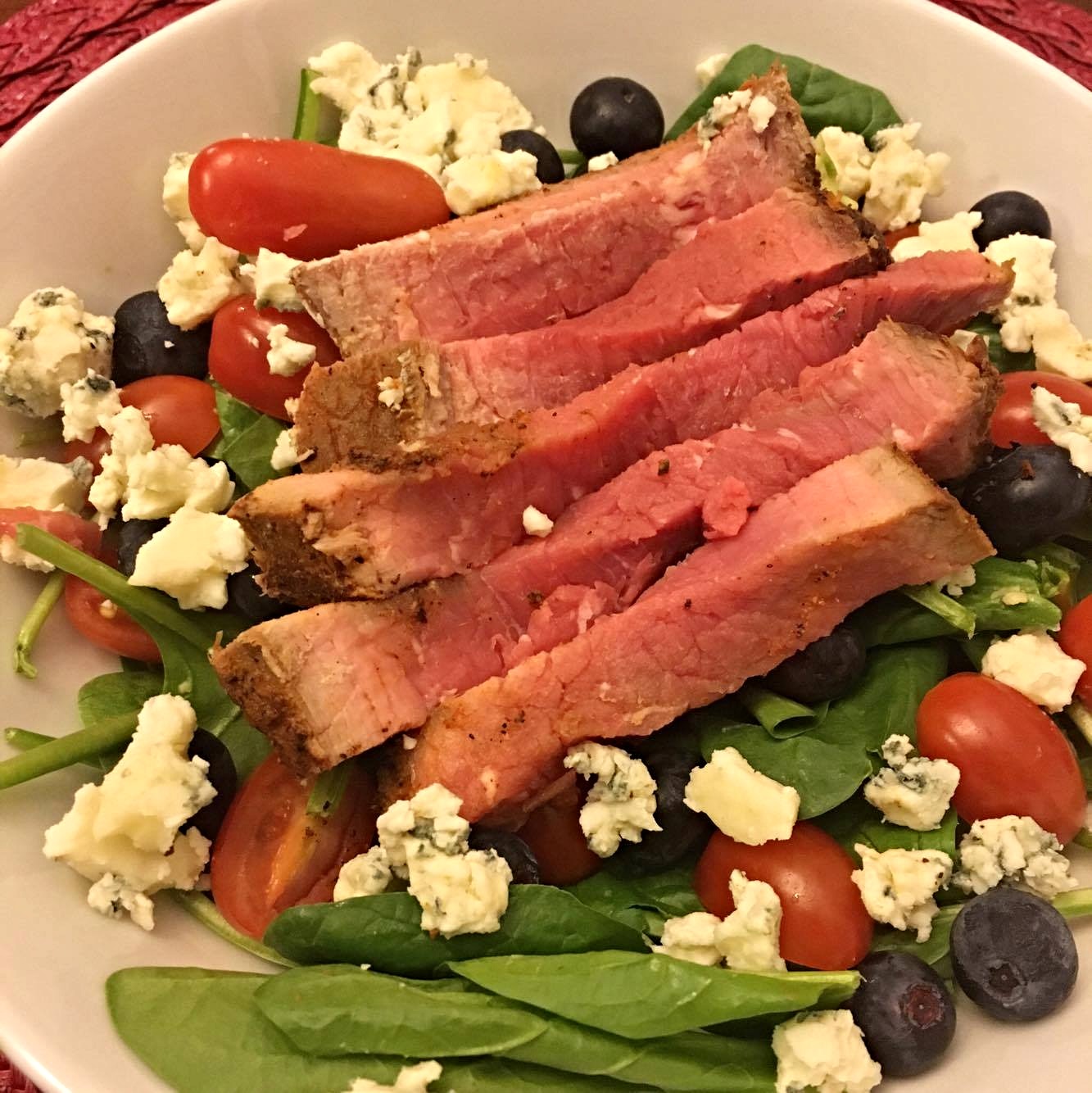 I’ve recently been on a blue cheese kick and almost every meal plan I’ve made in the past month has had some in it. I shied away from it as a kid (it is essentially, moldy mold), but the salty taste compliments fruits and red meat so well. In some instances, you may see the fancier bleu cheese, or fromage bleu, but according to Grammarphobia, the English version was recorded almost 200 years before it got turned into super fancy moldy cheese. Don’t you want to make this recipe now?
This fits perfectly in our meal prep schedule, because we were able to make the roast on Sunday, along with our lunches. It was a simple rub, a quick sear in the cast-iron, and then finishing it off in the oven. Cool it down, slice it up, and then put it away until dinner time throughout the week!
I’m a person that gets really sick of leftovers, and even though meal prepping isn’t technically a leftover, well it is. So making a fresh salad every night really helps mentally, even though it’s really no different at all!
There’s a lot of different things you can add to it and customize it yourself, but I went with blueberries (to compliment the cheese and add an extra pop of blue), tomatoes and avocado.
This week, I also decided to use Bolthouse Farms Chunky Blue Cheese Dressing instead of making my own since I was pretty exhausted after pulling extra hours at work Thursday, Friday and Saturday (although if you’d like to, may I recommend Skinny Taste’s Blue Cheese Dressing recipe). If you haven’t discovered Bolthouse Farms Dressings yet, welcome to the club! Yogurt based, it’s higher in protein, and unlike oil based dressings, a serving size (2 tbsp, aka plenty to cover a salad) ranges from 35 to 45 calories. 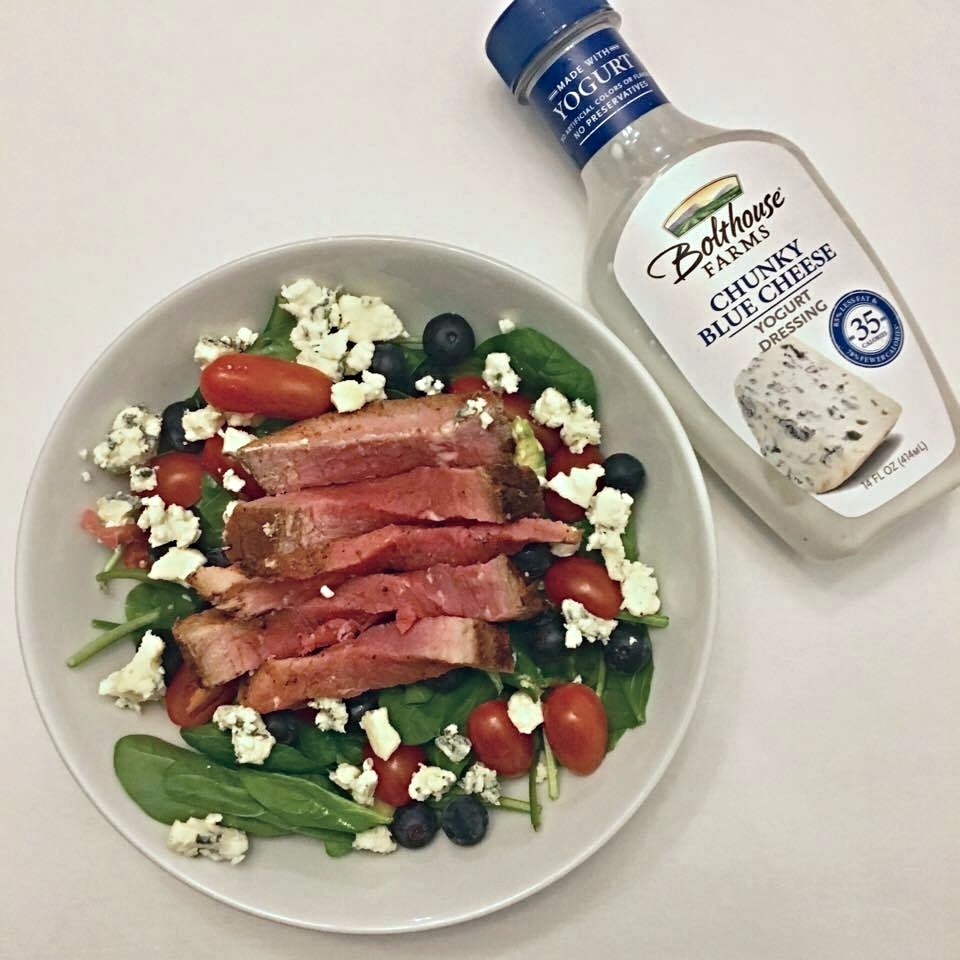