in Food
Friends. We start this week celebrating a very important holiday. That of the sacred cheesecake. Yes, that’s right, July 30th is National Cheesecake Day. I tried to find the origin of this delightful day, but no one seems to know where it came from. Probably Big Cheesecake, since the Cheesecake Factory does release new flavors every year, but have you seen the calories in those bad boys? Those deliciously perfect calories… I digress though. In an effort to celebrate, without sacrificing flavor or hard work at the gym, I sought to create a better-for-you, higher in protein cheesecake! 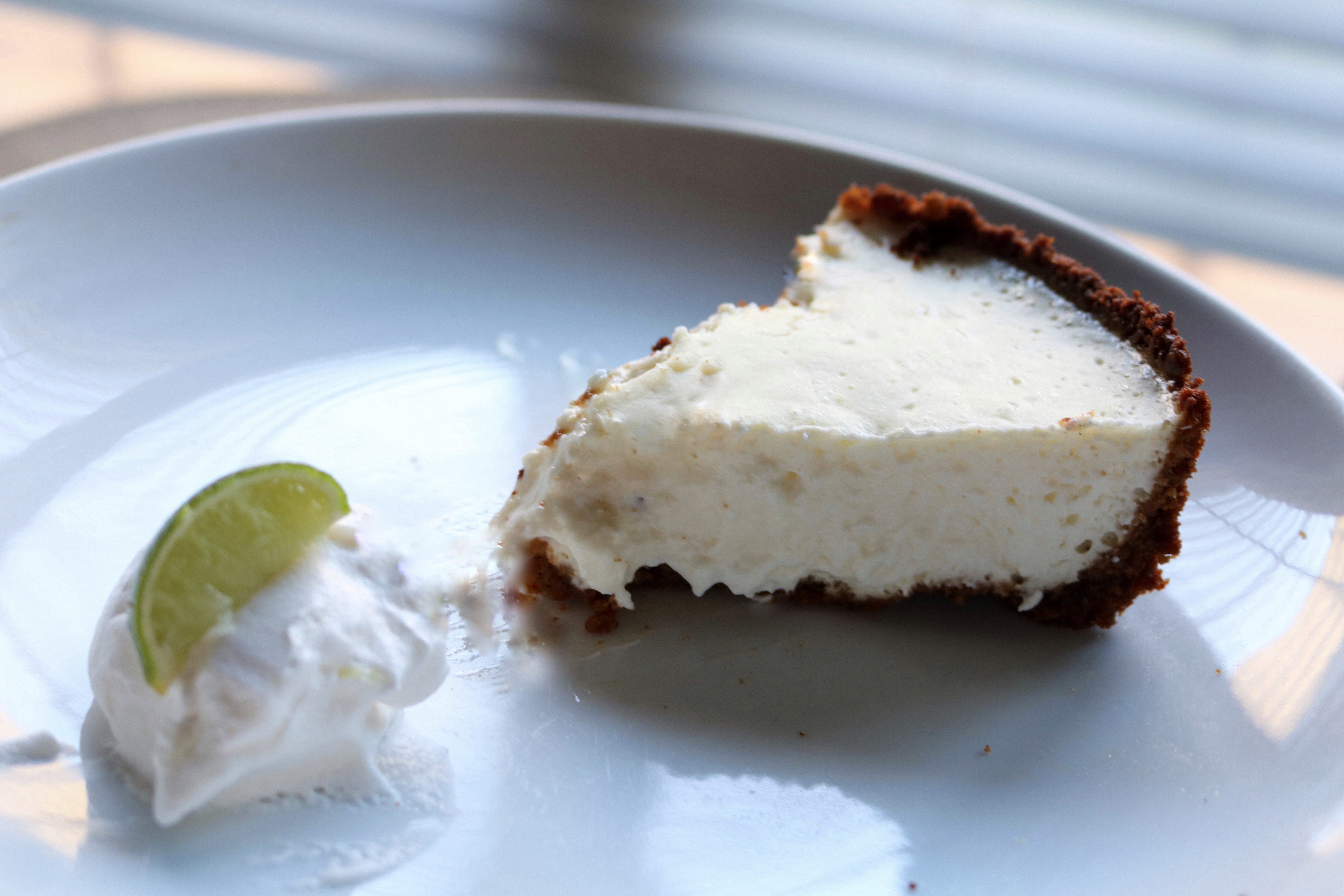 The first step, and perhaps the easiest, was to use egg whites instead of whole eggs. I’m very much in the camp that whole eggs, in moderation are the good kind of fat and cholesterol, but it’s also an easy way to just cut back a little of your fat. I used Muscle Egg Key Lime, but the recipe could easily be made with some regular egg whites and extra key lime zest and juice. I found Muscle Egg through a friend and is a great alternative protein if whey bothers your tum tum. I never thought I’d drink egg whites straight up, but their flavors make it easy to chug mid-workout. It also makes tasty additions to any sort of sweet recipe, like this one. 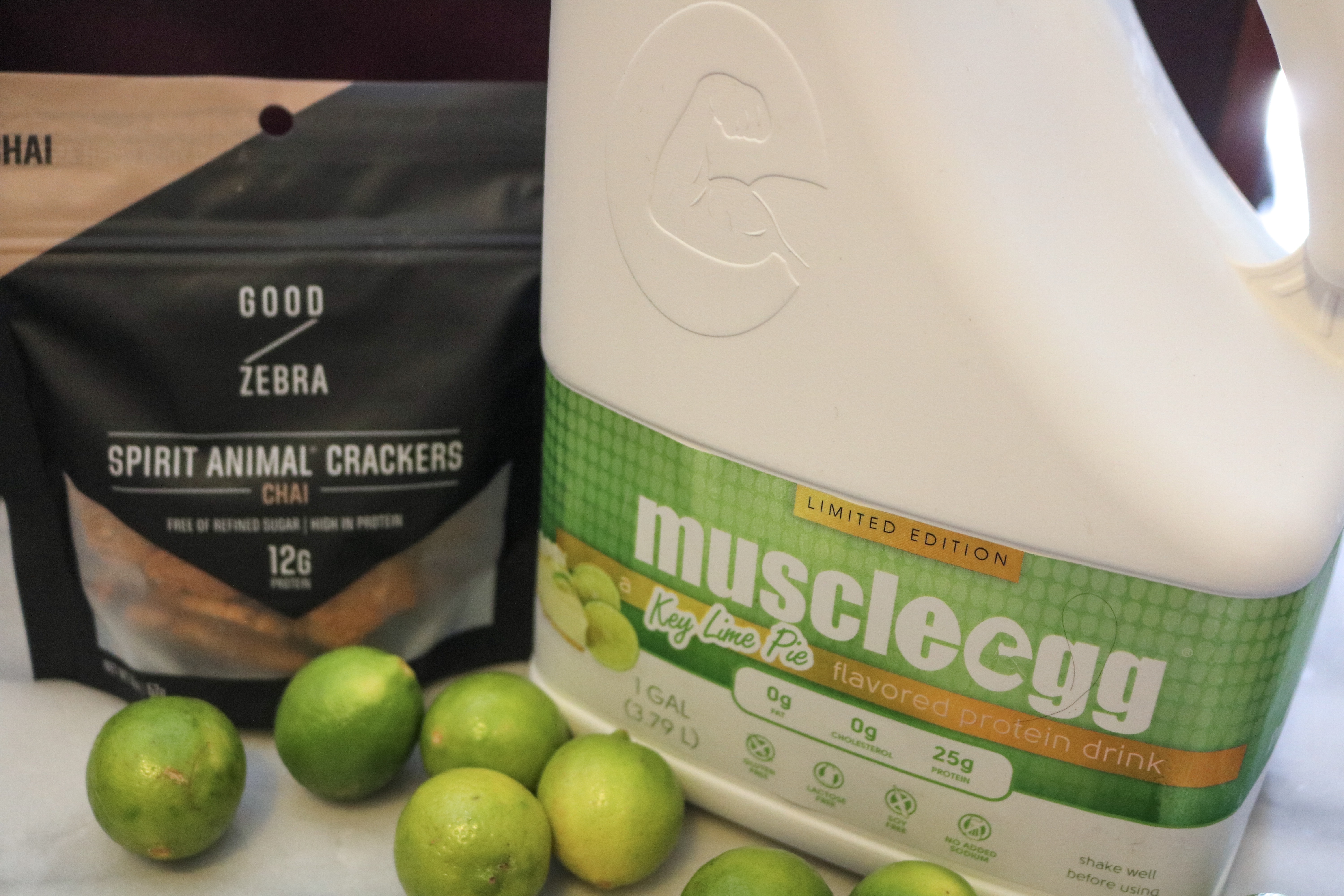 The protein in the recipe comes from the egg whites, but also the crust! I used protein animal cookie crackers instead of a traditional graham. Good Zebra Crackers are super tasty on its own and fun to eat, plus they have 12 grams of protein a bag! I mean, look at these shapes. You can’t get that in any kid’s animal cracker box. The cinnamon and ginger in the chai really complimented the sweet and creamy flavors of the key lime filling center. 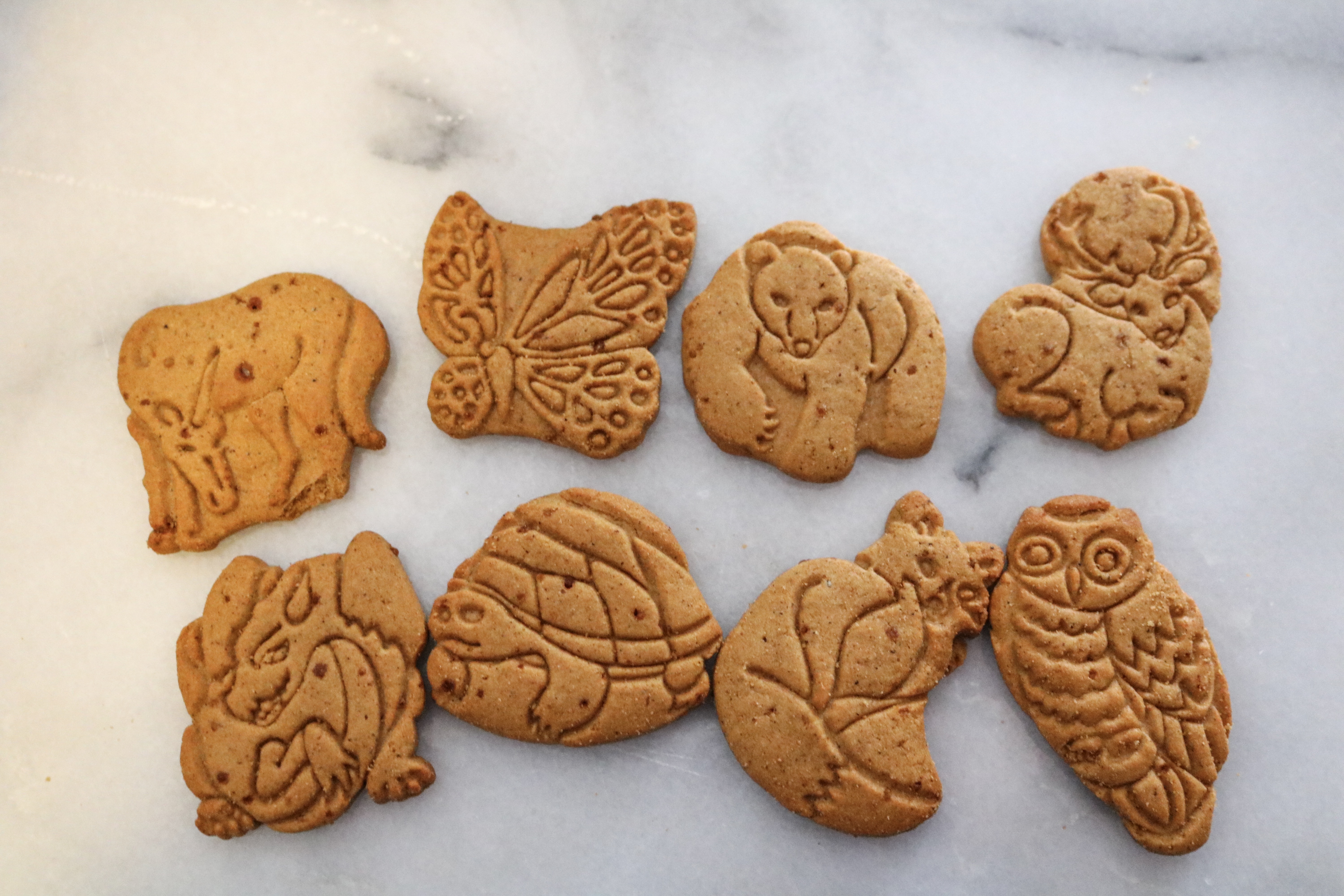 The two things I didn’t swap out? Good ole sugar and butter. I tried with stevia and it just wasn’t really working this go round. So I tried to keep all the real sugars to a minimum and it really made a world of difference. And unless there’s a textural need to swap butter and margarine, I try not to do it. You’re getting the same amount of fat anyway, so might as well have the full tasty flavor of it. 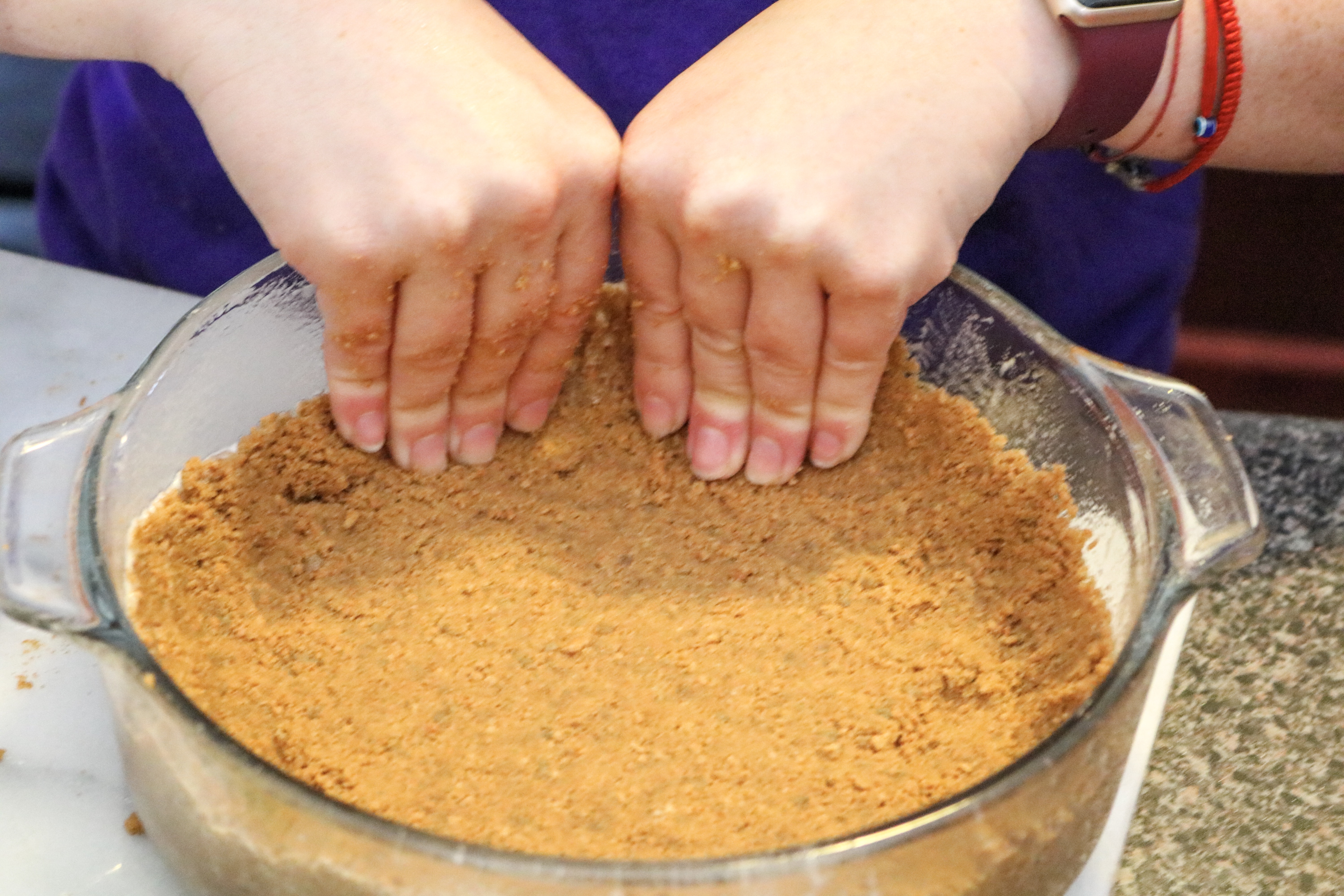 I haven’t tried to make this recipe crustless, but I imagine it would turn out just as good, if you wanted to cut the carbs even further. But as Nate pointed out every time he had a slice, the crust was absolutely the star of this cheesecake. 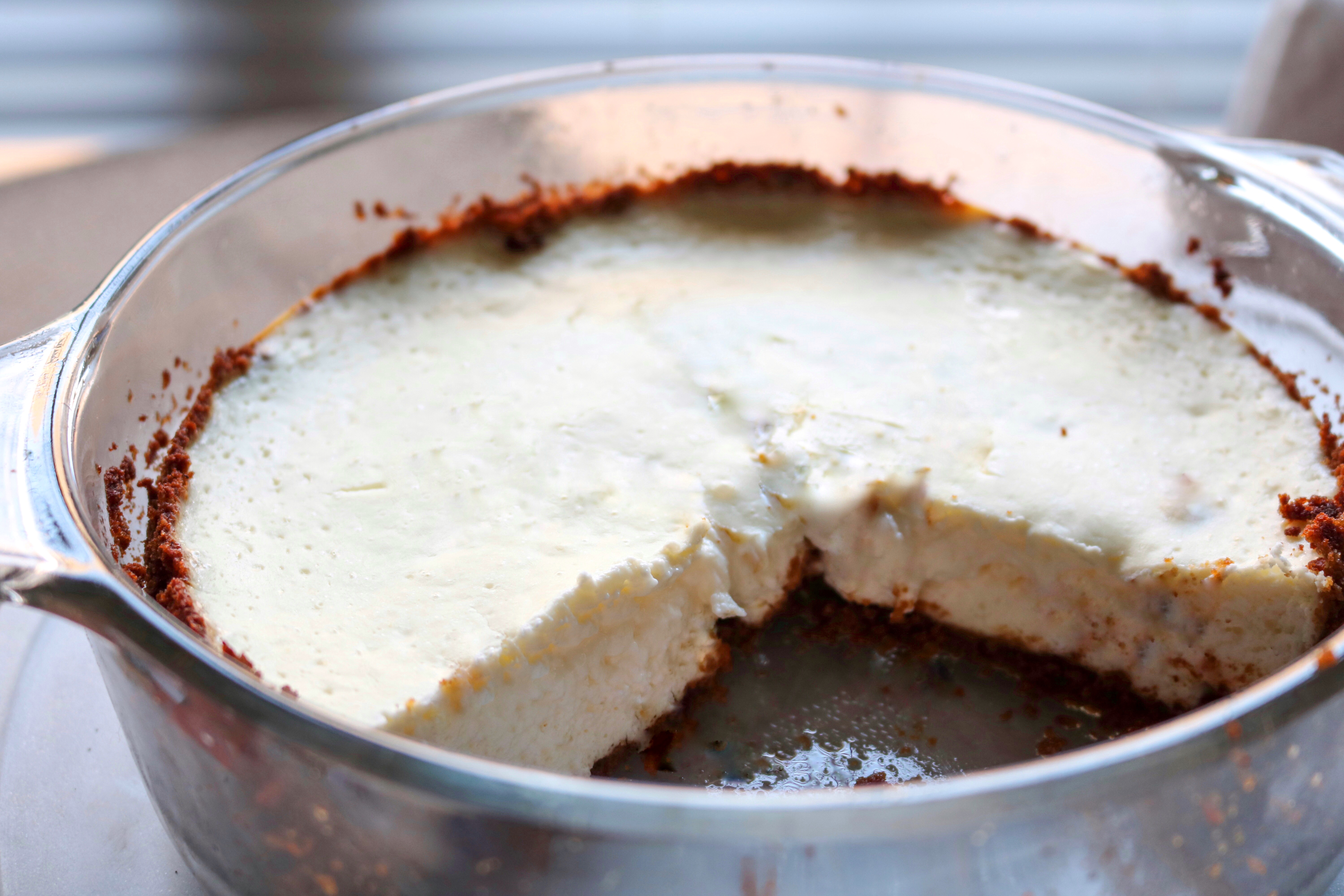