in Food
Light the candles, spin the dreidel, EAT ALL THE FRIED FOOD!
The holidays are here and that means lots and lots of carbs! Counting macros makes it a little easier to not feel quite so guilty, but I’ve also been tweaking recipes to include some better-for-you ingredients. 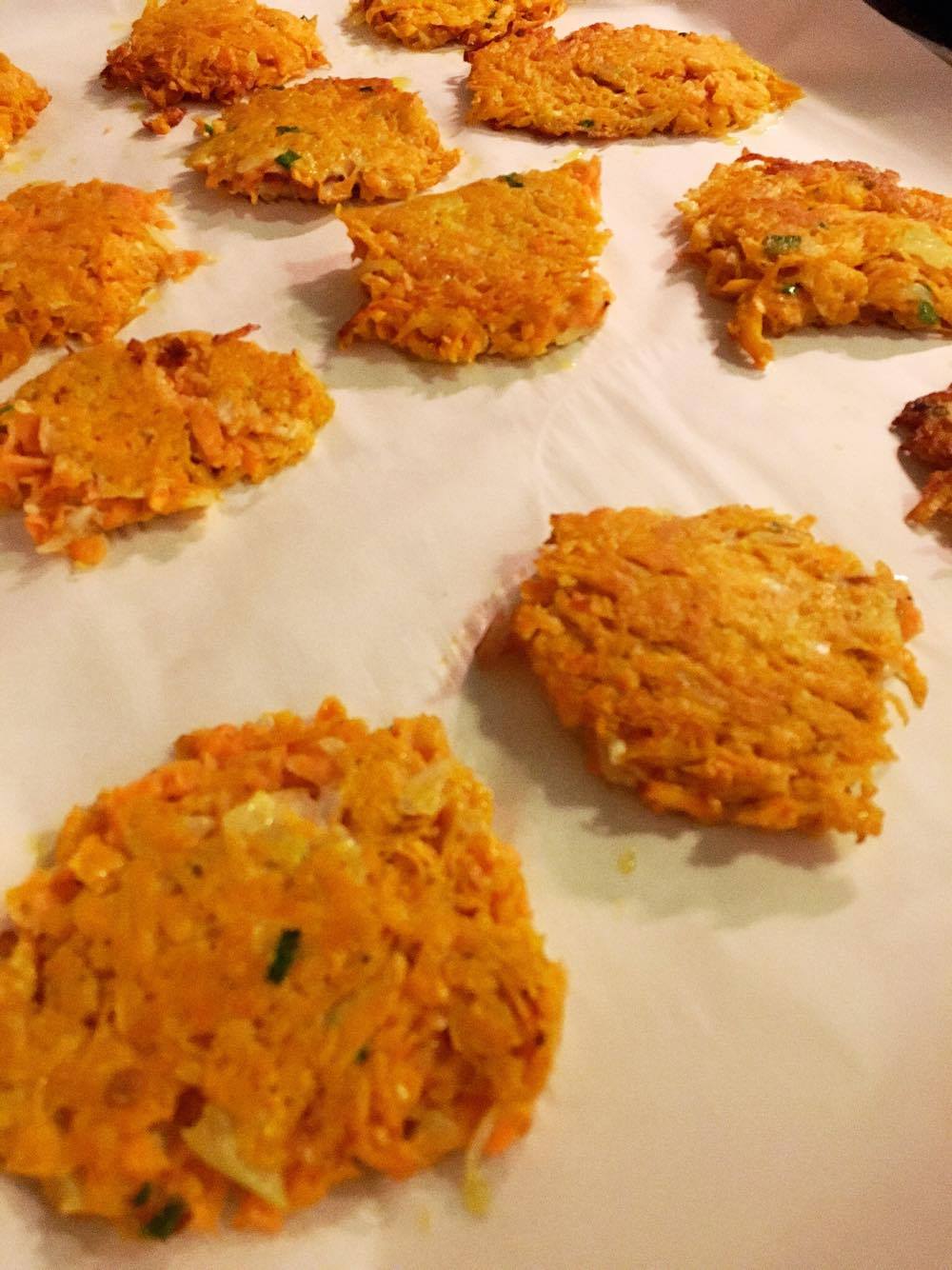 The Sweet Potato Latke is nothing new in the world of Hanukkah and the holidays, but it’s such a fun twist on a favorite, that I couldn’t pass up the chance to share my recipe.
A latke is a Hanukkah staple. It can also be called a potato pancake, and is basically a hash brown in circular form. Cooked in oil, it symbolizes the miracle of the oil lasting for eight days and nights and the perseverance of the Maccabees. 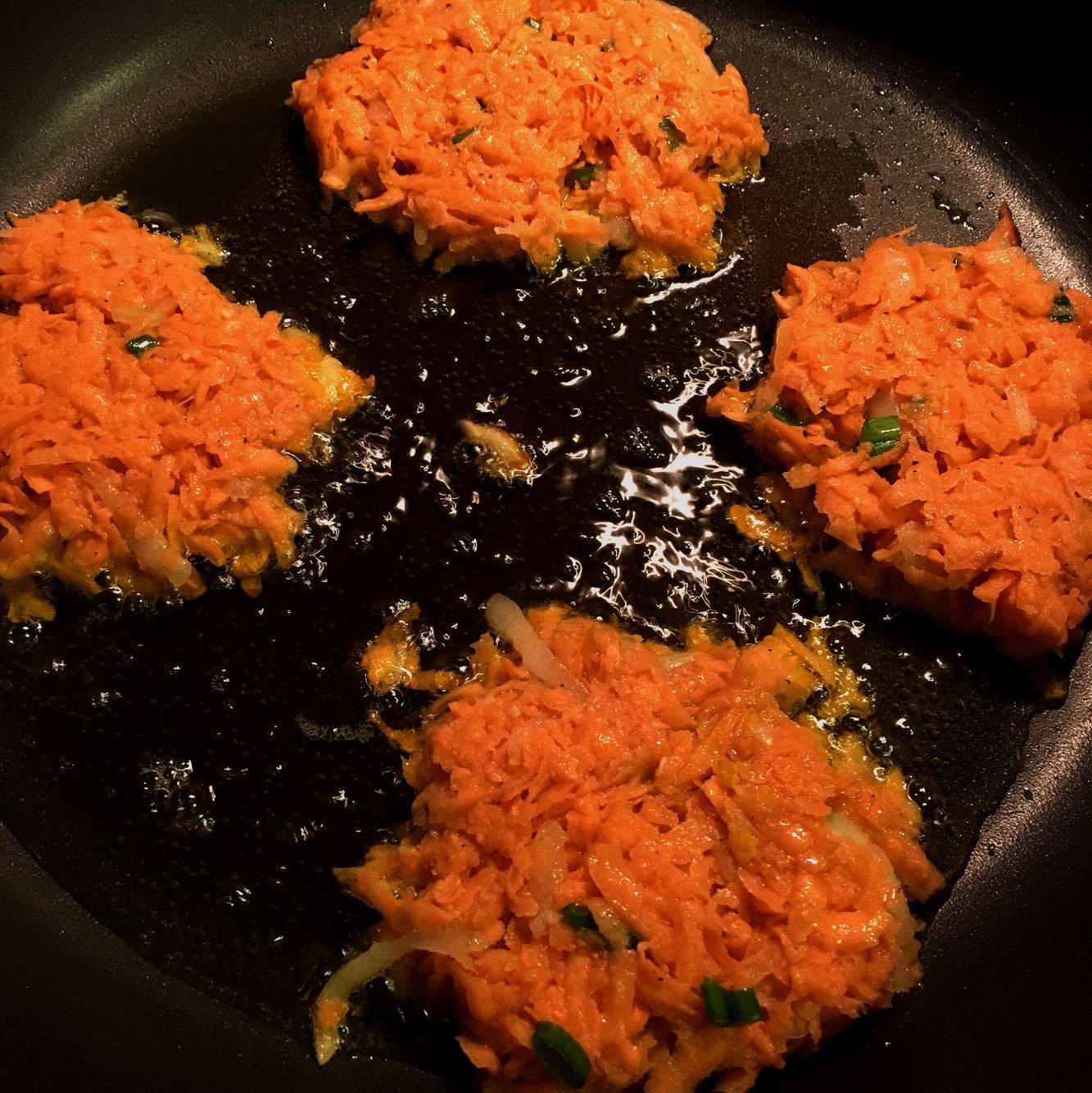 Like the origin of many Jewish foods, the latke is a poor man’s food. It can be traced back to Eastern Europe, or Ashkenazi roots. Potatoes were cheap, and latkes made them go just a little bit farther.
Traditionally, potato latkes are served with sour cream or apple sauce, but with the sweet potato twist, I enjoy putting a little honey on it! I always have all three options available to guests.
My favorite part of latkes is that people don’t realize how simple they are to make! It could easily become a staple in your house. 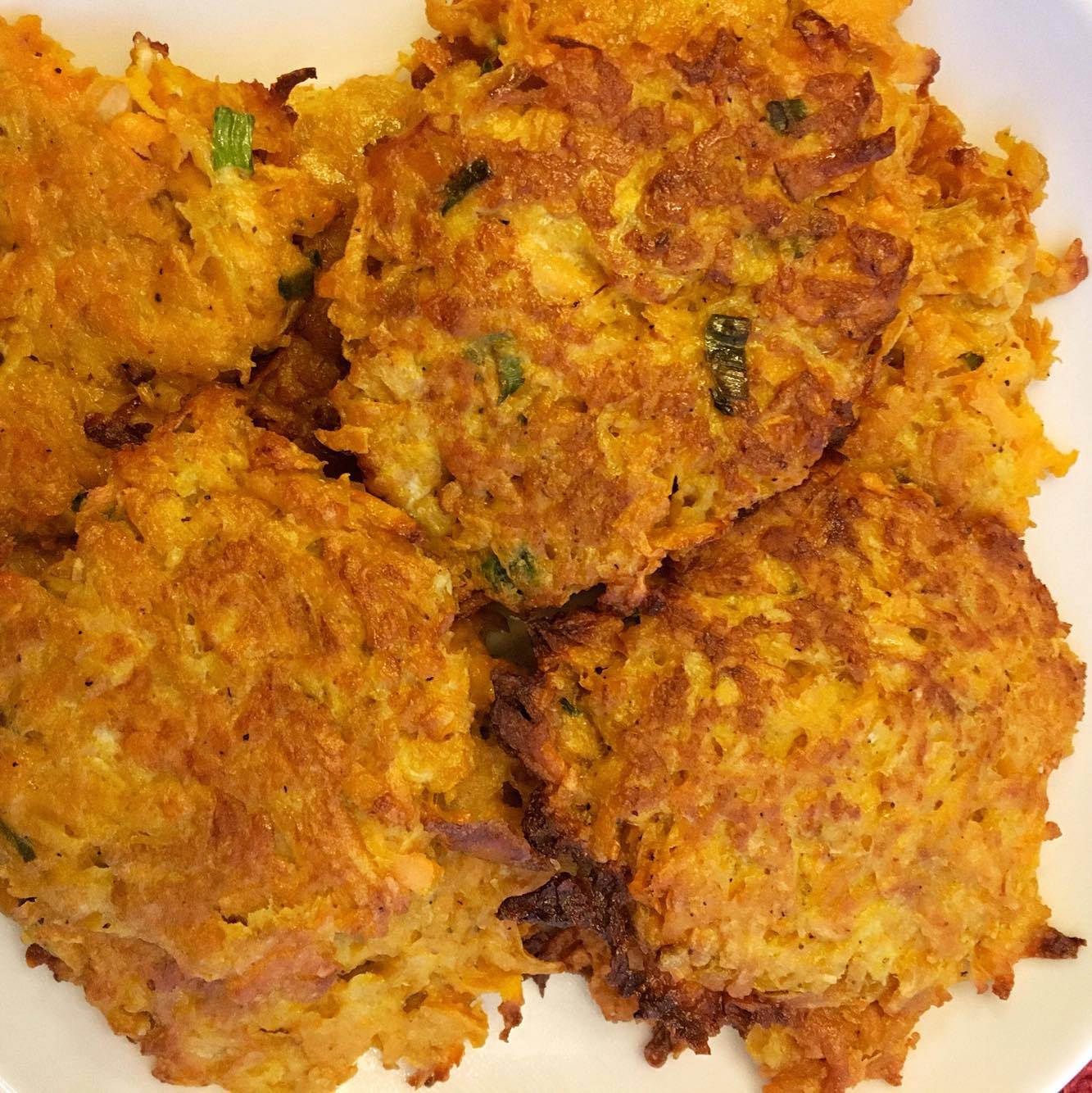